Donald Trump has avoided holding a real press conference for longer than any other President-elect in decades, except for the embarrassing confidential press conference where he threatened the media. Luckily, a little news did slip out from that clandestine media event, that the dear Republican leader doesn’t like photos that show his double-chin. Naturally, the internet noticed and hilarity has ensued as one particular photo showing Trump’s profile entirely lacking in neck space but filled with multiple chins went viral in an epic photoshop battle on Reddit, which now has over 1700 comments and over 5600 upvotes. There’s a selection of the best ones embedded below.

These online political satirists may not realize that their actions are actually part of a well-documented effect triggered by celebrities seeking to hide information or those who wish to censor the free press. The Streisand Effect is named after renowned singer Barbara Streisand, who in 2003 tried to sue in order to suppress images of her house in Malibu, which obviously didn’t work – and which you can see in that link on Wikipedia forever until the end of time.

The Streisand Effect happens when, “phenomenon whereby an attempt to hide, remove, or censor a piece of information has the unintended consequence of publicizing the information more widely, usually facilitated by the Internet. It is an example of psychological reactance, wherein once people are aware something is being kept from them, their motivation to access and spread the information is increased.” When a Redditor posts a photo like this one below captioned “call me elf one more time,” he is actually fighting censorship of the free press by using the Streisand Effect. Ultimately, the only way to fight official censorship – which is one of the few policies that Donald Trump has promised repeatedly to illegally introduce to America – is to share that which the President-elect doesn’t want to be shared, and to publish that which Trump wishes to hide. That goes for the photo on the right, and for Trump’s attempt to dodge foreign conflict rules, or when he doesn’t want clips of him admitting to grabbing pussy being played or any other attempt he makes at censorship or chilling our Constitutional rights to freedom of speech after inauguration day.

Enjoy a few more of these amazing Donald Trump double-chin photos, share them and know that each time one of these photos is shared, you’re doing your small part to fight the unconstitutional censorship that the Republican party’s dear leader wishes to impose on your free speech rights.

Here’s the rest, beginning with Jabba the Trump: 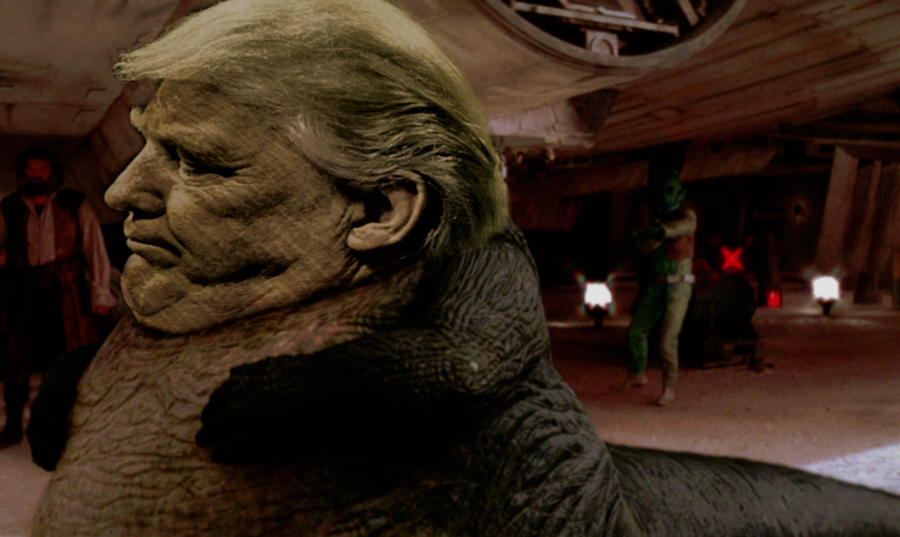 Trump as Kuato from the movie Total Recall: 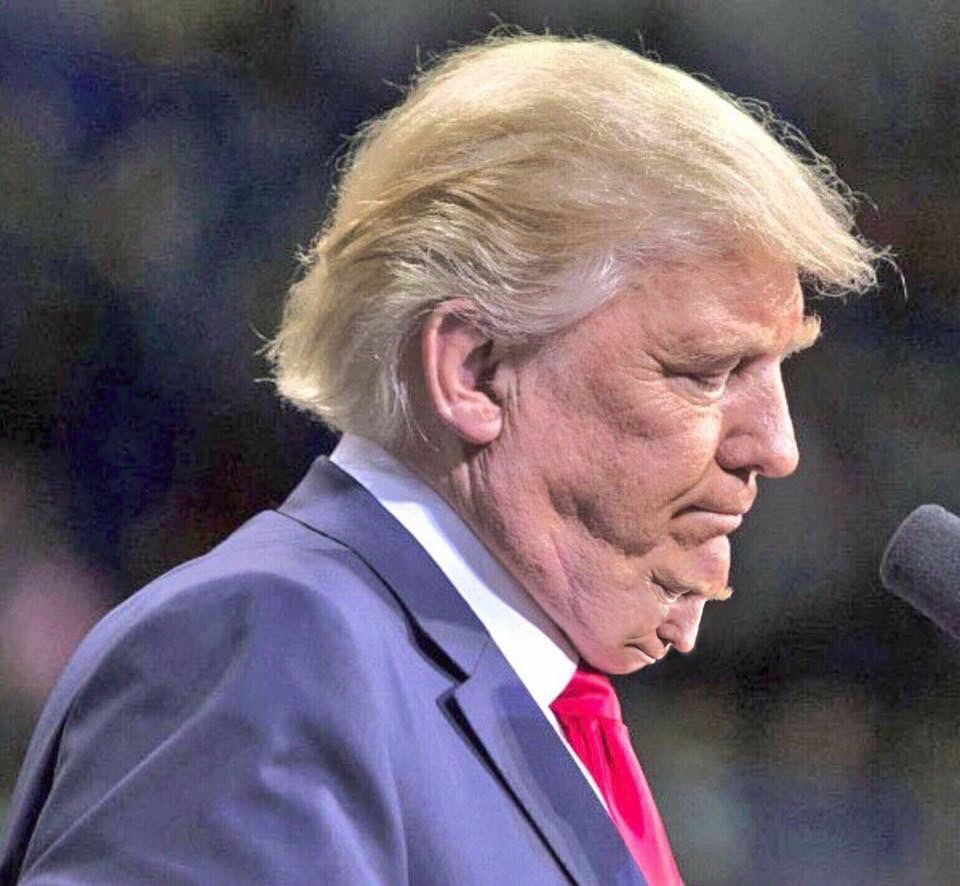