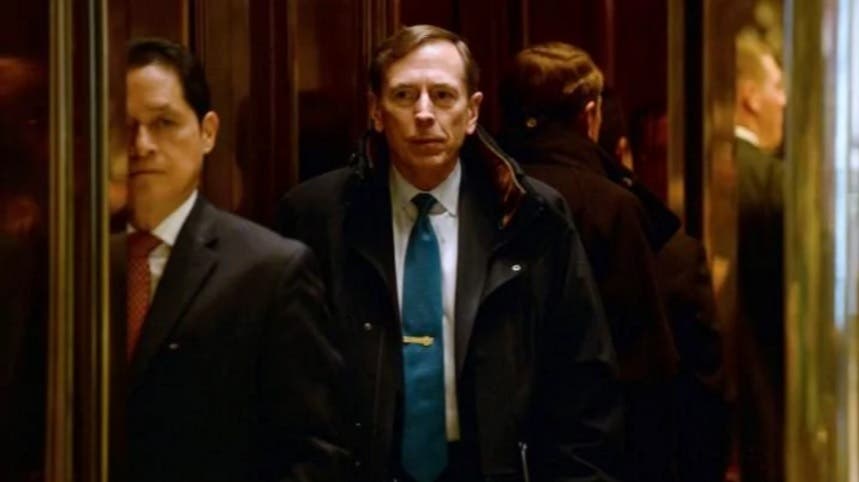 Republicans spent an entire presidential election trashing the former Secretary of State for her handling of classified information, but now their President-elect wants to tab the disgraced General David Petreaus, who lied to the FBI, and actually was convicted of criminal negligence for handing his mistress America’s most top secret military secrets, as Secretary of State.

There could not be a better example of the Trump regime’s classically Republican hypocritical, and open embrace of white male privilege, while blindly ignoring their own fatal character flaws; flaws for which they used false equivalence to rabidly denounce Democratic nominee Hillary Clinton without any actual basis in fact.

General David Petraeus met with Donald Trump at the Trump Tower in New York yesterday, but only after getting permission to travel from his probation officer. The USA Today‘s Brad Heath noticed the obscure terms of Petraeus’ sentencing for handing America’s top secrets to his secret lover, which you can see in full below.

If Trump were to name Petraeus as Secretary of State or to any role in the administration, he’d have to clear each and every trip out of western North Carolina with his probation officer, which is comical for a person who as one of America’s top officials could expected to travel up to a million miles in a four-year period on a moment’s notice, like Hillary Clinton did serving our country with distinction for four years.

If Gen. Petraeus becomes Secretary of State, he will have to notify his probation officer within 72 hours. pic.twitter.com/veKxD35vPV

Observers considered Petraeus lucky to get away without a felony conviction or prison time from the whole affair. For example, the former Republican House Speaker Dennis Hastert pled guilty just to the charge of lying to the FBI and got 15 months in jail, though reportedly the judge focused on his pedophilia over the actual lie.

That’s right. Unlike Hillary Clinton who did nothing illegal, the General lost his security clearance, his job at the head of the CIA and paid a $100,000 fine after blithely handing his mistress a laptop filled with top secret war plans. Meanwhile, Petraeus was cheating on his wife with Pamela Broadwell, the younger woman who was nominally supposed to be his biographer. It’s a perfect picture of the false equivalence that Republicans live to sell to their sadly misled constituents.

The mere fact of a President-elect meeting with a man stripped of his professional career and his innocence for betraying vital national security secrets is a horrifying prospect.