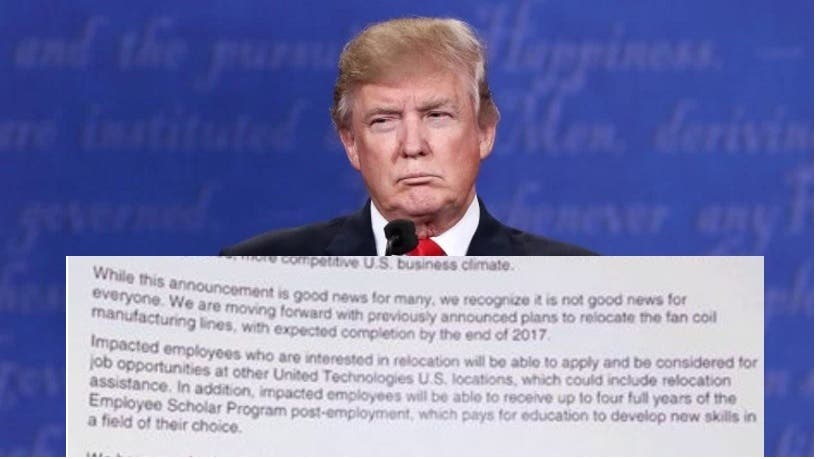 Donald Trump has been bragging endlessly about how he “forced” Carrier A.C. to keep 800 jobs in the United States by handing them a colossal $7 million tax break. But what the media is failing to properly convey to the American people is that Carrier is still moving 1,300 jobs to Mexico – a fact that hit home hard to the workers of Indiana when they received this letter from their employers: Donald Trump’s grand gesture may be an effective publicity stunt that will please his base, but in the long run, the people of Indiana are going to have to pay for that tax break themselves – and now every company in America knows all they have to do is threaten to move their jobs to Mexico in order to receive massive tax breaks – and there’s nothing stopping them from then moving the jobs away anyway.

The Center For American Progress recalled Boeing’s behavior in a similar situation. They “received a massive tax incentive package from the State of Washington — the biggest the state has even given out to a single company — only to announce less than a year later that it would send about 2,000 jobs to facilities in St. Louis and Oklahoma City.” But for the sake of a talking point to roll out at his rallies, Trump just set a dangerous precedent.

Trump’s “victory” is a hollow one that bodes terribly for the fortunes of the American worker and the American economy.