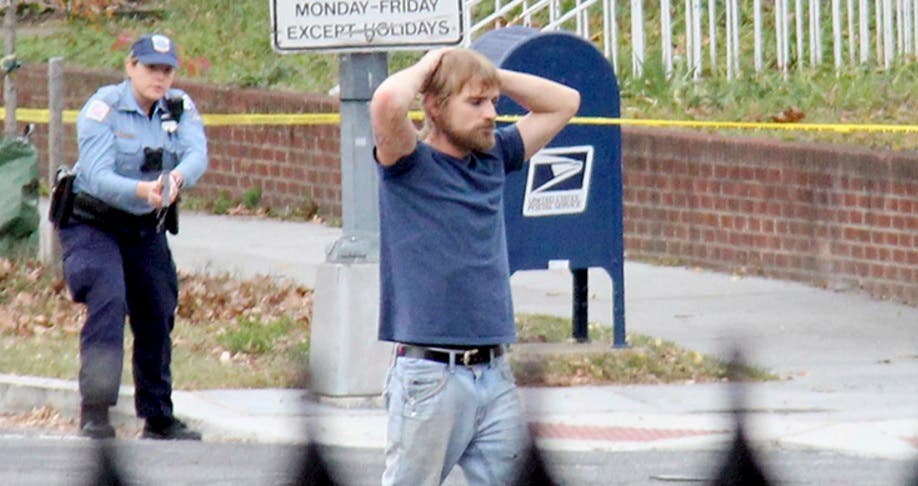 The “fake news” epidemic that propelled Donald Trump to the White House just took a deadly turn. A 28-year-old white man from North Carolina, Edgar Maddison Welch, began firing an automatic rifle into a pizzeria in Washington D.C based on the outrageous allegations of “#pizzagate.”

“Pizzagate” is a ridiculous and entirely baseless conspiracy theory started by Trump fans who swore they had cracked the code in Clinton campaign chair John Podesta’s emails that revealed a Democratic “satanic child-sex ring” was being held at the Comet Ping Pong pizzeria in Washington.

The conspiracy theory took off on Reddit and on Twitter, leading to a wave of threats and harassment against the pizzeria, owner James Alefantis, the employees, the owners of nearby establishments, the Washington Post reporters who covered the story, and the children of all those involved from rabid right-wingers.

One deranged man decided to make good on his threat. Welsh entered the restaurant and pointed the rifle at an employee, who fled the scene and notified authorities. Welsh then fired shots into the floor of the restaurant. He has been charged with assault with a dangerous weapon. A Colt .38 caliber handgun and a shotgun were also recovered at the scene; one in the shooter’s car and the other inside the restaurant itself.

Trump’s national security advisor and notorious Putinist Gen. Michael Flynn gave credence to the rumors by tweeting out a fake news link that apparently was referring to a different child-sex “scandal” – this one focused on former Democratic congressman Anthony Weiner, who is under investigation for sending explicit messages to a minor – but his son took to Twitter to defend the “pizzagate” connection as if he had. The younger Flynn was his father’s former Chief of Staff and has a .gov transition email and has “advised his father at the highest level” according to the Post, but has also “shared stories alleging top Hillary Clinton aide Huma Abedin had a connection to the Muslim Brotherhood, pushed a conspiracy theory that Sen. Marco Rubio was a closeted homosexual who abused cocaine, and repeatedly used expletives to attack Trump’s political opponents.”

Restaurant owner James Alefantis told reporters that “What happened today demonstrates that promoting false and reckless conspiracy theories comes with consequences. I hope that those involved in fanning these flames will take a moment to contemplate what happened here today, and stop promoting these falsehoods right away.”

It is absolutely terrifying to grasp just how paranoid and gullible the right-wing is – and how quickly they resort to violence on the basis of obviously fake information. It also sets an extremely ominous precedent for the future; who knows what the next conspiracy theory might be or who might get hurt in the fallout.