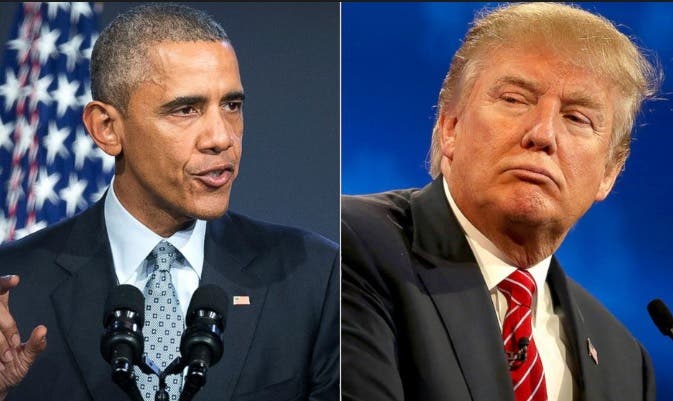 With Donald Trump’s staggering levels of foreign policy ignorance becoming more and more apparent by the day, the Obama administration has seen it fit to publish an instruction manual of sorts to advise the coming administration on conducting foreign affairs without the massive human rights violations that Trump seems to favor. The document, titled “Report on the Legal and Policy Frameworks Guiding the United States’ Use of Military Force and Related National Security Operations,” lays out the rationale for all of the Obama administration’s military directives, executive orders, and legal opinions related to military affairs. None of the information in the document is new, but this is the first time that it has been collected in one place as an exhaustive report detailing the protocols for military force under Obama.

Among the issues discussed in the report are drone killings, detention of terror suspects, torture, Guantanamo, the post-9/11 military laws, and the president’s ability to wage war without Congressional approval. The document outlines the administration’s legal justifications, based on domestic and international law, on all of these controversial issues and details the rigorous tests that are applied before any lethal military action is taken. For example the report emphasizes the administration’s preference for capturing rather than killing targets, its standard of “near certainty” that there will be no civilian deaths from airstrikes, its strong aversion to torture, and its ill-fated (thanks to Republican obstructionism) quest to close the military prison at Guantanamo Bay.

Indeed while many of Obama’s international military policies have proven controversial with the progressive base, the document released today presents a robust defense of the administration’s use of force grounded in international humanitarian law. The same can hardly be said of Donald Trump’s amorphous policy proposals, which have included everything from deploying nuclear weapons in Europe to the targeted killing of militants’ families.

Perhaps first on the list of human rights violations Trump is eager to commit abroad is torture, which the Obama administration has taken vigorous efforts to stamp out in the aftermath of its rampant use under the Bush administration. Trump, on the other hand, has vowed to implement mass torture, a policy he refused to abandon even after his own Secretary of Defense, Marine Gen. James Mattis, attested to its ineffectiveness. Thus while Obama administration officials have insisted that the document has been in the works for months, it is hard to not see it at least partly as a warning to the next administration, one aimed at saving innocent lives abroad.

Indeed a senior White House official said anonymously that the report would be “presented to the next administration” as “a helpful guidebook.” President Obama himself, in the introduction to the report, warned against the risk of “an ill-considered decision,” a clear reference to the temperamental and ignorant Trump. The Obama administration is also seeking to set a precedent of transparency on issues of military force, which is tremendously important given the trend towards increasing secrecy in the Pentagon. In his introduction to the report the president wrote that it was crucial to “release as much information as possible… so that an informed public can scrutinize our actions and hold us to account.”

As in every other facet of leadership it is hard to imagine Trump living up to Obama’s standard here, given that he refuses to even release his tax returns and is a serial liar. The president has maintained admirable civility in his dealings with a man who rode a wave of nationalist sentiment to the presidency, but given Trump’s promises to commit war crimes and his serial aversion to learning about the world, even Obama felt the need to nudge the next administration in a more humanitarian direction. We can only hope that his efforts will have some effect.