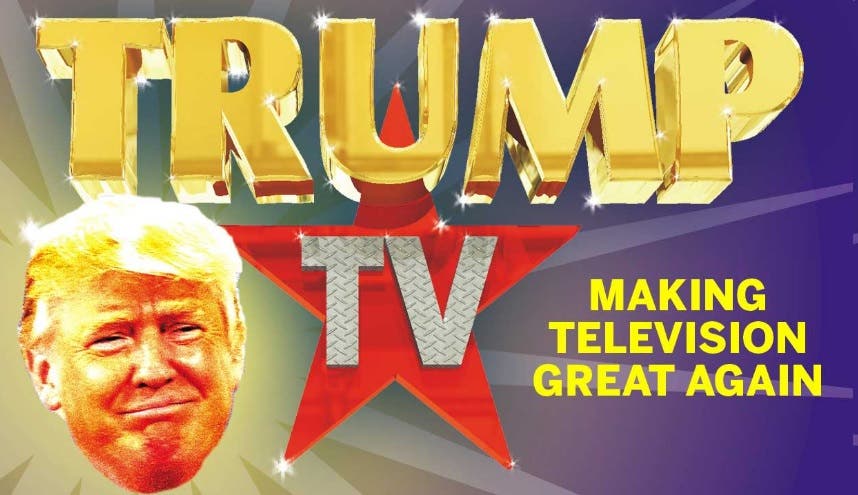 “Trump TV” may soon be a reality as our potential president-elect plans to turn his press briefings into reality television. The Right Side Broadcasting Network, a far-right wing propaganda online network devoted exclusively to Trump coverage, has just announced they will become a 24-hour streaming network – with access to White House Press Briefings. Dubbed “Trump TV” by the Washington Post, the channel began having pre-and-post event coverage broadcast from Trump’s official Facebook page. Now they’ve set their sights even higher.

“Anything that Trump does live we will be there. We will be there at the inauguration, we will be in the White House, we will be at the press briefings. I promise you that. You can count on Right Side Broadcasting” declared host Joe Seales in an online video on December 5th.

It is extremely unlikely that the obsessive Trumpcoats will meet the Standing Committee of Correspondents’s requirements for White House press access, seeing as they must prove their “principal business is the daily dissemination of original news and opinion of interest to a broad segment of the public”and that they are ‘editorially independent of any institution, foundation or interest group that lobbies the federal government,” as per Press Gallery Rules.

But knowing Donald Trump, he’ll find a way to make it happen. There actually is a precedent for this as well – the George W. Bush administration regularly allowed a forerunner of Breitbart-style news, Talon News into the White House on a “day-to-day” basis, according to the Washington Post.

Since Trump and his cronies are so openly hostile to the mainstream media for having the nerve to hold him accountable and ask uncomfortable questions, this may signal that Trump plans to ostracize the press and surround himself with fawning sycophants – just the way a megalomaniacal narcissist prefers it.

h/t to Sofia Tesfaye at Salon and MediaMatters