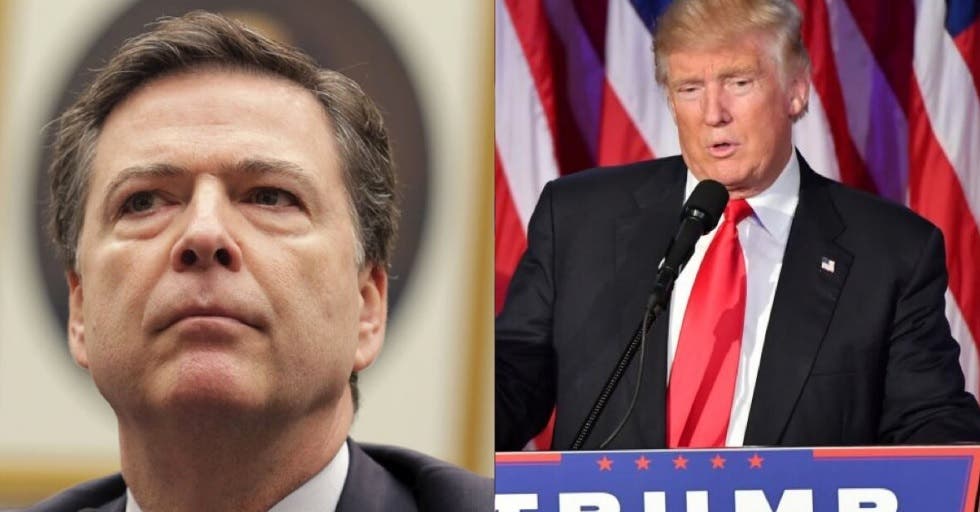 A nationally renowned lawyer has filed suit against the FBI because they’re refusing to turn over the search warrant they obtained in October to gain access to Democratic Rep. Anthony Wiener’s emails over a possible connection to Hillary Clinton’s private email server within days of the 2016 general election.

The FBI’s Director Jim Comey distributed an infamous – and probably illegal – memo interfering with this year’s General Election on October 28th, 2016, but according to lawyer E. Randol Schoenberg, the FBI is violating the Freedom of Information Act (FOIA) by withholding disclosure of the federal search warrant a judge signed to enable their politically-driven, publicly announced investigation.

Schoenberg isn’t taking the FBI’s refusal to release the warrant lightly, which is why he filed the FOIA enforcement action. According to Schoenberg, a copy of the warrant has to specify what probable cause the FBI claimed was so important that they had to investigate the emails – which were discovered in an unrelated investigation regarding Wiener’s explicit messages with a minor – immediately, only to find nothing and now keep their reasoning secret.

The high-profile lawyer is best known for appearing before the U.S. Supreme Court and successfully recovering a massively valuable cache of stolen Holocaust-era artwork. He took to Facebook to comment on the case yesterday on:

So, I filed a lawsuit today against the US Department of Justice seeking immediate disclosure of the FBI search warrant for the e-mails of Hillary Clinton and Huma Abedin on Anthony Weiner’s laptop. As I explained in my blog, I think we need to see what “probable cause” was shown for obtaining the search warrant, because whoever thought there was going to be evidence of a crime was obviously mistaken. And that mistake probably changed the outcome of the election.

E. Randall Schoenberg filed his FOIA request with the FBI in November and wrote a lengthy blog post at the time questioning the legality of James Comey’s decision, and explaining in detail why he believed the Director’s letter was suspect, coming before the warrant was issued against Hillary Clinton. After the FBI denied him access to their warrant for a sufficient amount of time, the lawyer had grounds to file the lawsuit you can read in full below.

Two days after the letter, on Sunday October 30, the New York Times reported that the Justice Department had obtained a search warrant.  I have yet to see any further reporting on the warrant. To get a search warrant issued, the FBI needed to go to a federal judge. It is interesting to me that Comey sent his letter before obtaining the warrant. The publicity certainly must have influenced the judge. A judge cannot simply grant any request for a search warrant. Under the Fourth Amendment, a search must be reasonable, meaning that there must be “probable cause” or a “reasonable suspicion” that evidence of a crime will be discovered. Ordinarily, the FBI submits an affidavit describing the evidence that gives rise to the reasonable suspicion. We have yet to see what evidence the FBI relied on in seeking the warrant.

The only thing Comey said in his letter about the grounds for reviewing the e-mails found on Weiner’s laptop was that they “appear to be pertinent” to the FBI’s prior investigation of Clinton’s use of a private e-mail server as Secretary of State. But it is important to remember how unusual and politically motivated the investigation was, and that it had never elicited any evidence of a crime.

Overall, Schoenberg suspected that Trump’s goon squad of Republican former prosecutors – Chris Christie, Rudy Giuliani and Mike Mukasey – may have been FBI’s source of suspicion which they used as the basis to obtain a search warrant. His overarching concern about the FBI’s naked act of interference in partisan federal elections is clear:

This is potentially very serious, something that if traced back to Donald Trump might even lead to impeachment. It deserves to be investigated fully and openly, and quickly, because if a crime was committed in the course of the FBI investigation, it is the crime of the century.

This latest federal lawsuit puts E. Randol Schoenberg in line with partisans from both sides of the aisle seeking an expedited investigation into the FBI’s political intrigues of the last two months.

America needs to know – the electors which each state selected need to know, in unabated detail exactly why the Federal Bureau of Investigation suddenly began a public investigation of a partisan political candidate, with a public announcement that files in the face of long standing government policy only days before a general election.