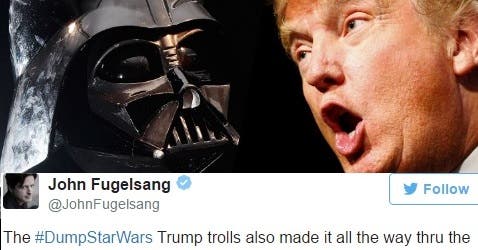 National radio host John Fugelsang had a perfect response to the mindless trolls now seeking to boycott Star Wars because the studios are “forcing” diversity into their films by casting women and nonwhites as the main characters.

The #DumpStarWars Trump trolls also made it all the way thru the original trilogy without ever realizing Darth Vader was actually bad.

Trump supporters are rushing to boycott the latest Star Wars movie, Rogue One, after a right-wing commentator wrote one tweet lying about politically driven plot changes that never, ever happened. For the #MAGA crowd, that’s all it took to start a #DumpStarWars hashtag on twitter that looks like it’s going to have all of the success that boycotting the musical Hamilton has achieved (hint: none).

Rogue One’s screenwriter already confirmed publicly that this is yet more fake news being pushed upon conservatives.

For the record, Germany began calling certain elite units of their Imperial Army “stormtroopers” during World War I, as they had the  suicide mission of storming enemy bunkers. Preceding World War 2, the Nazi-party maintained a paramilitary wing called the Sturmabteilung which translates as “Storm Detachment” and came to be known as the Brownshirts.

The Nazi Storm “detachment” troops were instrumental in the Nazi party’s rise, provided security during hate rallies and even maintained a ranked hierarchy, and then they originated Hitler’s SS squads, those who acted as the primary racial discrimination enforcement force at home and in conquered regions, and as commandos within the army and in the genocidal concentration camps.

The timeless story of Star Wars by George Lucas has always openly incorporated historical events, classic mythology and through its narrative of the downfall of the Galactic Republic, turned Galactic Empire. The Star Wars movie series illustrates the fear, abuse and mass murder that autocratic regimes seek to impose in the name of peace, in the name of anger and from a central leader who thinks he holds all of the solutions. 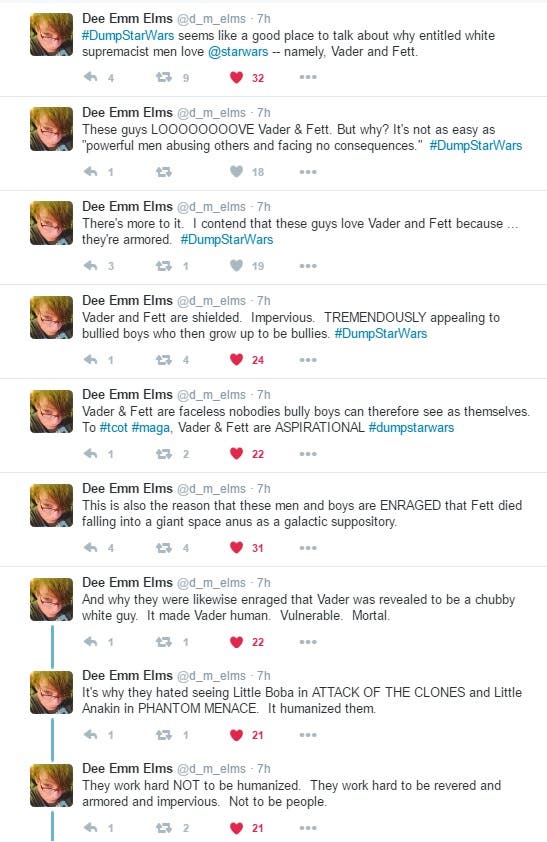 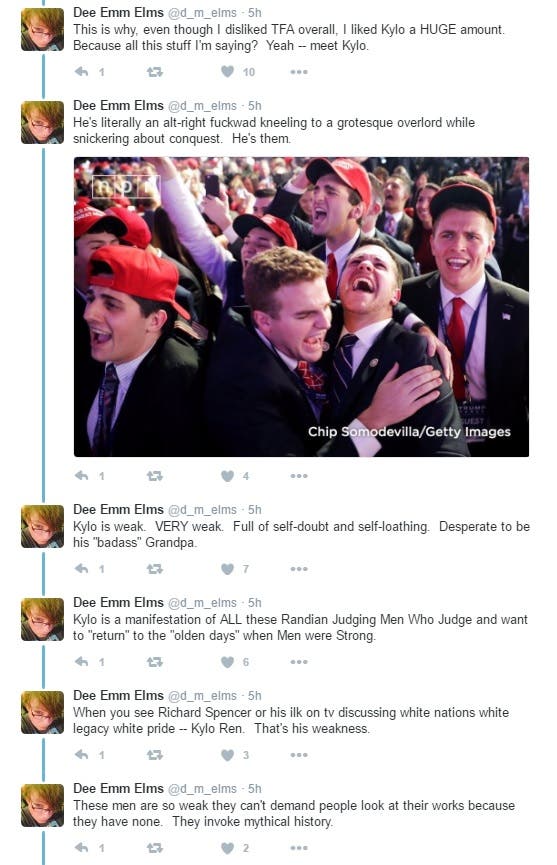 Thanks to Dee Em Elms for the fire hot takes.

It’s also a good time to appreciate this Star Wars meme, which circulated during the election, because now that Donald Trump is our President-elect, it truly is how the rest of the world sees America today.

SMH: It's pretty much unanimous. This is how the US looks to the rest of the galaxy: #DumpStarWars pic.twitter.com/utlT0FYoip