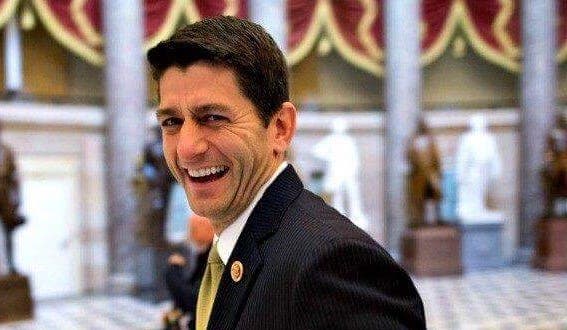 The third rail of American politics is Social Security, and the Republican Party has long had their eyes on dismantling the program.

Now with the rise of Donald Trump as the soon-to-be 45th President of the United States, and with Republicans soon-to-control both chambers of Congress, the longed-for wish is soon to come to fruition. The first step in the process was put into action  on Dec. 8, 2016 when Rep. Sam Johnson (R-TX), the Chairman of the House Ways and Means Social Security subcommittee, introduced a bill under the guise of “reform.” In actuality, Johnson’s plan will raise the retirement age and cut benefits to millions of a Americans who desperately need those benefits to survive.

Innocuously titled “The Social Security Reform Act of 2016 (H.R. 6489)“, Johnson’s plan is a disaster for working Americans who have dutifully paid into the program their entire lives based on the promise of receiving benefits in their golden years. Johnson wants to raise the retirement age to 69-years-old, because in the new America promised under President Trump the Republican party wishes for citizens pushing 70 years of age to continue hammering nails and waiting tables.

Further, the plan also calls to reduce overall benefits to recipients, and to reduce the amount of money brought into the system by giving large tax breaks to wealthy individuals. The fun does not stop there, as Johnson is also seeking to cut the benefits of family members of individuals who receive benefits by changing the law from benefits being based on the wages earned by individual over their lifetime to what has been colorfully described as “average wages.”

One can bet their livelihood that the average of which Republicans come up with shall be woefully low as benefits are already not in line with cost of living increases or inflation.

The Republican talking point which has been spewed for years is the Social Security program is going bankrupt, but nothing could be farther from the truth. This was pointed out by Forbes in 2014:

It is a logical impossibility for Social Security to go bankrupt. We can voluntarily choose to suspend or eliminate the program, but it could never fail because it “ran out of money.”

Social Security is the most productive social program ever put in place, and is funded entirely by the payroll tax paid for by American workers. In reality, where Republicans dare not step foot, the Social Security program has multi-billion dollar surplus. Republicans pretend that Social Security is going broke because their party has borrowed hundreds of billions from the program, and rather than opting to pay the American people back every red nickel they’re seeking to reduce the overall payouts of the system. This accomplishes their goals of not paying back what they stole, while simultaneously allowing their corporate donors to pay less money in the future. The plan is a win for corporations, and a disastrous loss for anyone else who is not a millionaire.