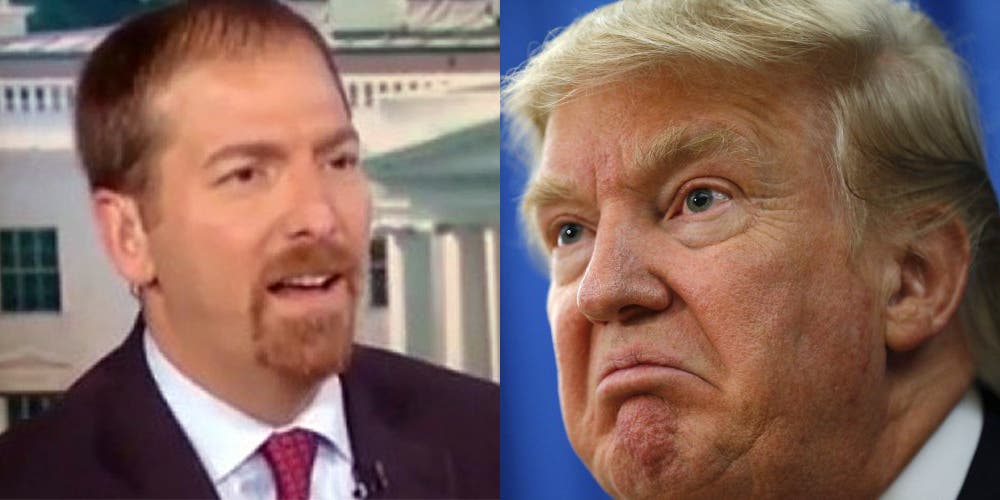 Donald Trump’s transition team emailed an official response to the media about the bombshell CIA report that Russia’s Vladimir Putin assisted the Republican to defeat Hillary Clinton. In it, Trump attacked the CIA with a scary half-truth suggesting that he won’t accept facts from the CIA and ended the statement with an outright lie meant to distract the media.

When Trump’s transition team said, “These are the same people that said Sadaam Hussein had weapons of mass destruction,” it’s also a half-truth at best, since Bush Administration’s White House Iraq Group led by political advisor Karl Rove and the involvement of Vice President Cheney drove the choice and dissemination of fake intelligence data to push America into the Iraq War.

The campaign’s response left NBC’s lead political correspondent Chuck Todd “stunned” because Trump tossed the CIA under the bus with a pair of lies and more importantly without denying or responding directly to the grave implication of a foreign government acting like a Republican Super PAC.

It’s unprecedented for an American president to release a public statement seeking to discredit the CIA before inauguration day. Chuck Todd pointed out how massively Trump’s statement undercuts the standing of anyone who would occupy the crucial agency’s top offices, like Mike Pompeo whom the transition team has designated to run America’s spy agency.

The CIA was implicated in the Iraq intelligence failure, doubtless, but Congress pinned the problems on the Bush Administration. No such failures have happened since the above mentioned Bush Administration officials departed public service.

Crucially, Trump attacked the messenger but did nothing to dispute the underlying facts of the report.

Instead, Trump tried to spin by telling a whopper sized lie of the kind that the media has preferred to report since it’s a black and white falsehood. It’s the kind of fact check that the media focused on to the detriment of the real meaning of news events this year: “The election ended a long time ago in one of the biggest Electoral College victories in history.” Donald Trump’s projected electoral college lead if it holds at 306-232 would rank 12th from worst in America’s 58 election history.

The Republican’s ties to Russia should be disqualifying for any member of the electoral college watching current reports. There’s no surer way to destroy democracy in the USA than installing the candidate who got fewer American votes, but did get the Russian President’s vote.