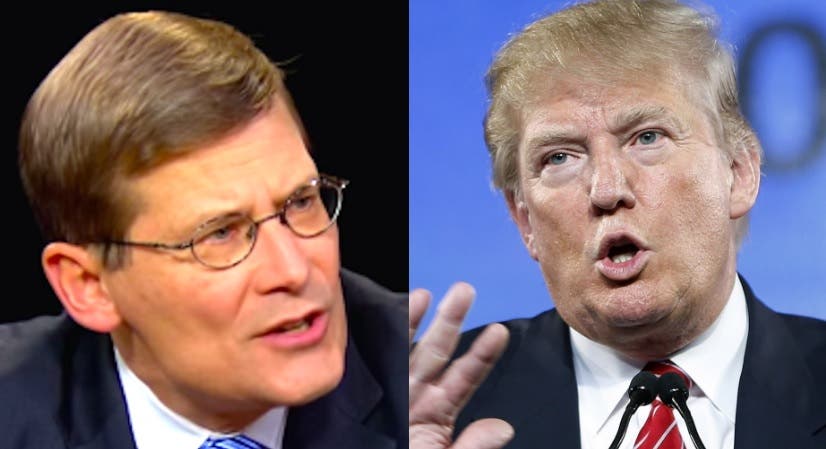 A Pipeline Just Spilled 176,000 Gallons Of Oil Near Standing Rock

The CIA is freaking out right now. Donald Trump doesn’t care. This could get messy.

Now Michael Morell, the former director of the CIA, is openly criticizing Trump for downplaying the profundity of Russia’s influence in his election, as  published on the blog Cipher Brief.

“A foreign government messing around in our elections is, I think, an existential threat to our way of life. To me, and this is to me not an overstatement, this is the political equivalent of 9/11. It is huge and the fact that it hasn’t gotten more attention from the Obama Administration, Congress, and the mainstream media, is just shocking to me.”

Whether or not fake news and stolen emails equates to the catastrophic implosion of two of the tallest buildings on the continent is a judgment call I will leave to the news consumer. But the rift between president-to-be and the nation’s top intelligence officials is notable.

Evidence of Russian hacking doesn’t rest only with the CIA. Seventeen independent intelligence agencies have agreed on the report. Now the Republican Senate Majority Leader, Mitch McConnell, is trying to spur his reluctant Capitol Hill peers to back a congressional investigation.

This is not the first chapter in contention between Trump the country’s military and civilian intelligence agencies. In February, former CIA Director Michael Hayden told the Washington Post that the military may not obey Trump’s orders.

At the same time, Trump is letting military leadership close to the Oval Office. He has tapped Gen. James Mattis and former Lt. Gen. Mike Flynn for cabinet positions, and is considering other military brass for more. While its not unheard of for ex-military to hold positions in the White House, the possibility of three or more has caused alarm in some political science communities. One of Canada’s leading scholars on the subject suggested last week that Trump is setting himself up for a military coup.

Thus far, Trump appears to have successfully alienated significant factions of the world’s most powerful military and intelligence apparatus in his efforts to whitewash the interference of a foreign power in our electoral system. He’d rather listen to the denials of a rival government than the men and women tirelessly devoted to keeping our country safe.