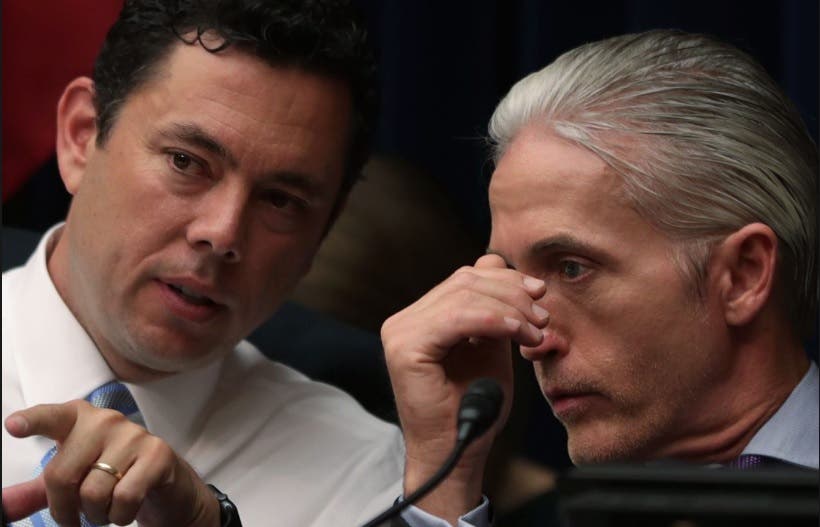 After two and half years of wasted Congressional time and eight million dollars in taxpayer money wasted, the House Select Committee On Benghazi has filed its final report and will be disbanding.

The 322,000-page document reveals that they’ve learned nothing new about the 2012 terrorist attack on the U.S. Embassy in Benghazi, Libya, by a hundred and fifty militants of the al-Qaeda-affiliated Ansar al-Sharia militia. The attack killed five Americans including Ambassador Stevens and became a lightning rod for the Republican efforts to smear and hopefully indict former Secretary of State Hillary Clinton.

The discovery that Clinton used a private email server during her time in the State Department formed the basis for a Congressional witch-hunt, lead by head inquisitors Rep. Trey Gowdy (R-SC) and Rep. Jason Chaffetz (R-UT). Clinton was cleared of all wrong-doing by multiple investigations and by the Federal Bureau of Investigation, but the damage done to her character and reputation by horrendous right-wing propaganda proved to be a weight she would never be able to shed.

Rep. Kevin McCarthy (R-CA) even admitted as much to the press: “Everybody thought Hillary Clinton was unbeatable, right? But we put together a Benghazi special committee. A select committee. What are her numbers today? Her numbers are dropping. Why? Because she’s untrustable [sic]. But no one would have known that any of that had happened had we not fought to make that happen.”

Before the election, Chaffetz boasted about how he already had “years and years” of investigations to pursue against Hillary Clinton as President; the disbanding of the committee now that she lost is an obvious confirmation that the Benghazi committee was never about justice for those killed in Benghazi or about defending the security of our overseas embassies, but was nothing but a partisan libel campaign paid for by the American people against one of our nation’s most devoted public servants.

The Benghazi witch-hunt was one of the most appalling misuses of public funds and congressional time our nation has ever seen. It’s high time we put this issue to rest – but we must not forget the damage that was done and hold those responsible accountable for their actions.