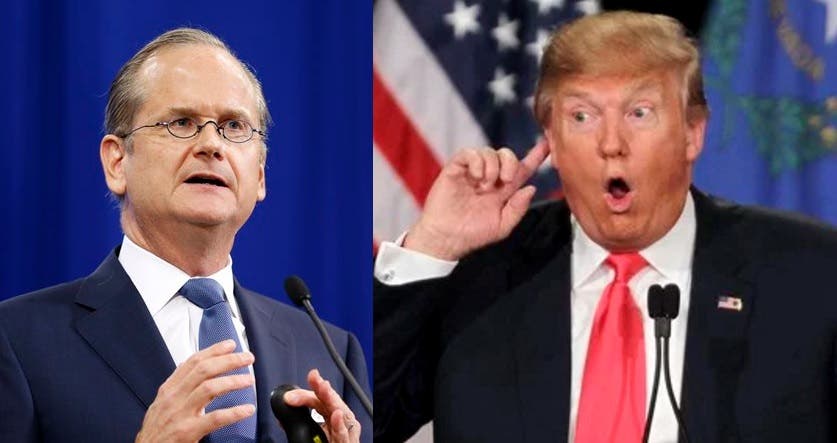 Harvard professor Larry Lessig has just announced that at least twenty Republican electoral college voters are considering becoming “faithless” and flipping their vote from Trump to another candidate – more than half of the magic number of voters (37) needed to deny Trump the White House.

“Obviously, whether an elector ultimately votes his or her conscience will depend in part upon whether there are enough doing the same. We now believe there are more than half the number needed to change the result seriously considering making that vote” said Lessig.

The Hill, an obviously right-leaning publication that has taken to publishing horrifying Breitbart-level Islamophobic pieces, insists that all the electoral voters they’ve reached out to “love” Trump and will stay faithful. Hopefully, it will be a case of mistaken polling like the election itself was and the electors will do the right thing.

Lessig has offered free legal counsel to any elector wishing to become faithless. Most states have laws banning their electoral college voters from going against the popular vote, but they have never been enforced in a court of law and make the existence of the electoral college useless in the first place.

In the first month, Trump couldn’t have assembled a more nefarious team of greedy billionaires, racists, domestic abusers, climate deniers, and unstable lunatics. He has already shown an astonishing disregard for the responsibilities of his office and for our national security and has played havoc with our economy with his petulant tweets. The electoral college voters must recognize the threat that he poses to our country and fulfill their sacred duty to protect our nation from the machinations of a megalomaniacal serial sexual predator and unrepentant ignoramus.