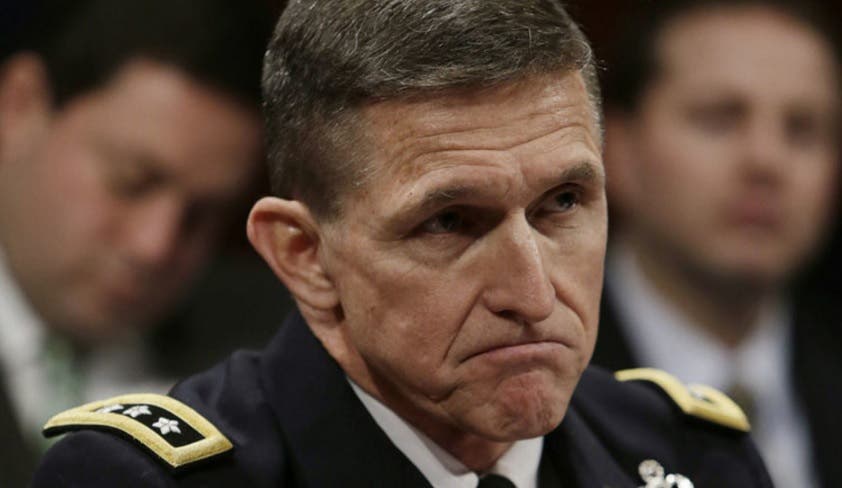 Newly released public records confirm that Donald Trump’s choice for National Security Advisor shared classified information and secret intelligence without permission, leading to a formal Army investigation that nearly (and should have) sidelined his career. Former Lt. General Matt Flynn’s flagrant and repeated disregard for the rules should similarly sideline his appointment to hold one of the most important White House jobs, with the ear of the President of the United States.

The newly disclosed Army documents state that the 2010 investigation was ordered by the head of U.S. Central Command, which oversees military operations in the Middle East and Afghanistan. Although the records do not say exactly when the case was opened, the commander at the time would have been Marine Gen. James Mattis. The disclosures revealed “stuff the intelligence community was doing that had a much higher level of classification.” The episode marked the second time in a year that Flynn had drawn official complaints for his handling of classified material.

The retired General also decided to fly solo on the poor decision to share top-secret information with Pakistan, but somehow escaped investigation for breaking laws restricting his actions. Most Americans recall Pakistan as the country who actively sheltered al-Qaeda founder and 9/11 mastermind Osama bin Laden for six years before ultimately offering him up as a bargaining chip when the Navy Seals captured and killed him.

In 2009, state department cables* indicate that Pakistan’s ISI intelligence service actually paid a $200,000 bounty to the Taliban-allied Haqqani network to blow up a CIA station which made multiple Indian news reports. That didn’t concern Matt Flynn or deter him from illegally giving classified material without permission to Pakistan illustrating how America watches the Haqqani network, as The Post reports:

Former U.S. officials said that Flynn had disclosed sensitive information to Pakistan in late 2009 or early 2010 about secret U.S. intelligence capabilities being used to monitor the Haqqani network, an insurgent group accused of repeated attacks on U.S. forces in Afghanistan.

Matt Flynn was fired as a general in 2014 for his erratic behavior at the Defense Intelligence Agency, and based on this report in the New Yorker, it’s easy to understand why a man who legitimately earned wide respect for  revolutionizing the way that the US Army interpreted battlefield intelligence in Afganistan, was unable to cope with working in Washington. They wrote:

Flynn broke rules he thought were stupid. He once told me about a period he spent assigned to a C.I.A. station in Iraq, when he would sometimes sneak out of the compound without the “insane” required approval from C.I.A. headquarters, in Langley, Virginia.

He had technicians secretly install an Internet connection in his Pentagon office, even though it was forbidden.

That’s right, the man Donald Trump wants to install into the west wing as the senior national security advisor keeping America safe, once installed his very own private internet connection into the Pentagon illegally.

The party of “lock her up” wants to put this very same Matt Flynn into the key White House position even though he said that if he, “did 1/10th of what Hillary Clinton did, that he’d be in jail today” at the Republican National Convention.

From the looks of things, he did 11/10ths of anything that Hillary Clinton did, and he did it all around the world, and whenever he felt like it.

Donald Trump has already made it publicly clear that he considers familiarity with all of the players in Russia to be a major job qualification. Seemingly, Matt Flynn’s only true qualification for this massively important job seems to be that he’s had dinner with Vladimir Putin and thinks that state-run Russian news outlet RT (Russia Today) is no different than CNN.

Matt Flynn doesn’t have a history of wise decision making in Washington, D.C. which is the post of all National Security Advisors, he doesn’t understand then need for rules inhibiting information sharing with allies and he has way too intimate a relationship with hostile foreign governments, no matter if they’re designated as friend or foe.