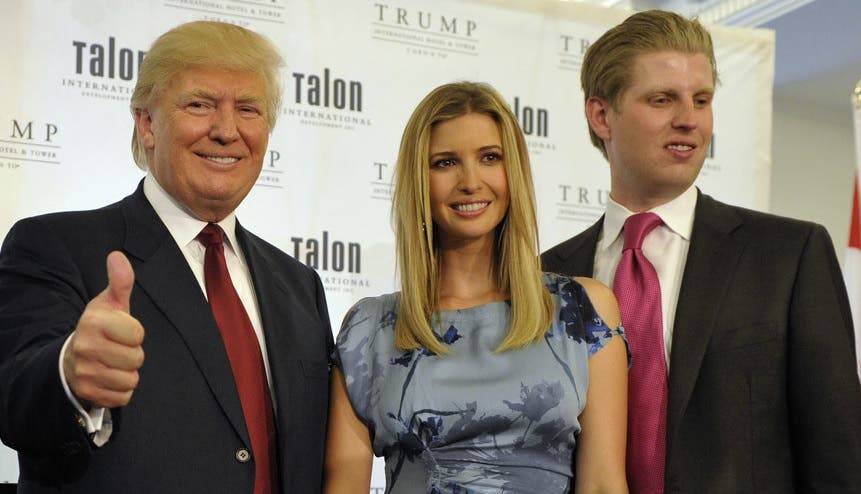 Turns out the Trump kids have figured out how to work this nepotism thing pretty quickly, which isn’t all that surprising coming from a family of scheming hucksters. Eric Trump, the pallid Hitler Youth caricature and second son of probably but hopefully not president-elect Donald Trump is “auctioning” off a “coffee meeting” with Daddy’s object of uncomfortable obsession, the First Lady Ivanka Trump.

The “proceeds” are ostensibly going to go to Eric’s “charity foundation,” but considering how Donald used his “charity foundation” to launder his income through, pay political bribes from, and as just another checking account for him to buy paintings of himself with, it’s impossible to believe that money isn’t going right into the family coffers.

Click Here to Bid on a Private Coffee with Ivanka Trump in NYC or DC to benefit The @EricTrumpFdn for @StJude! 🙏🏽 https://t.co/QuEO67Yj7Z

What’s more disturbing is that this is clearly a political bribe, and at that “coffee meeting” the generous donor will certainly be wishing to discuss favors or requests that Ivanka will certainly “pass on” to her father, who worships her and will certainly do whatever she wants. Despite all the promises that Trump’s children won’t violate nepotism laws and that Trump will divest himself from his businesses and the potential “conflicts of interest” are no big deal, it’s obvious that the Trump family is setting up a patronage exchange more akin to a mafia strongman’s court than the strongest democracy in the world.

One bidder even admitted he was purposefully buying access to speak with Trump about possible ties with Turkey “The nature of my business, we talk to a lot of different governments, a lot of politicians and lawmakers across the world. You end up getting a better sense of what the modus operandi will be” said investment manager Ozan Ozkural.

Just to prove how far away Trump’s kids are staying from their father’s transition into power, here’s Ivanka with Trump meeting the Prime Minister of Japan: And here she is again with Eric and the perpetually confused Donnie Jr. at a round table with the biggest tech CEOs in the country: Any effort to try to pretend that Ivanka Trump isn’t involved in the new government is ludicrous. This “auction” is pay-for-play at it’s most blatant – and we should all be very worried.