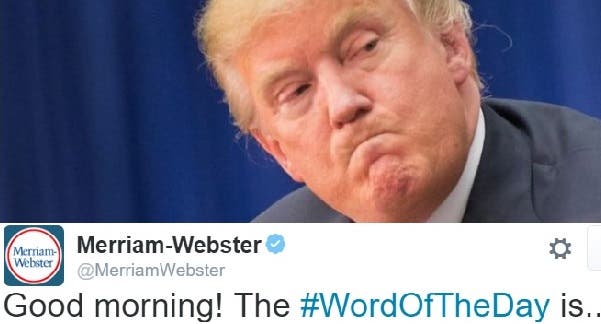 Potential president-elect Donald Trump last night decided to tweet out that China’s decision to seize an underwater surveillance drone from the U.S. Navy in the South China Sea was an “unprecedented act” – but he spelled it in a rather curious way. 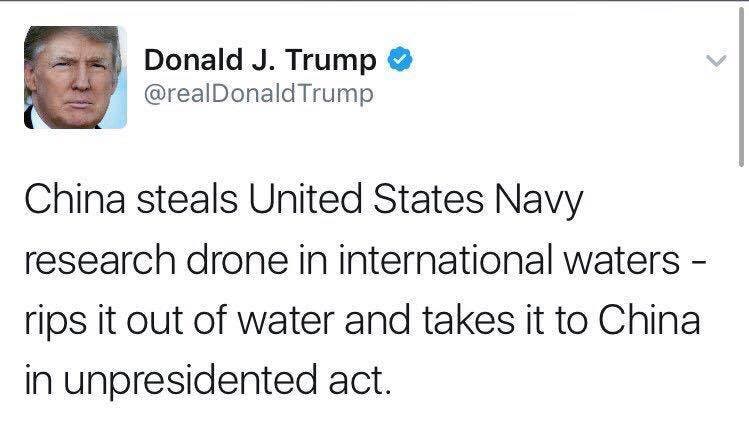 First of all, this is not an unprecedented act. The New York Times notes that in 2009 “five Chinese ships swarmed an American surveillance vessel, the Impeccable, 75 miles off Hainan island, the southernmost province of China… the Chinese ships got as close as 25 feet from the ship in what the Pentagon called ‘illegal and dangerous’ maneuvers.” Such posturing is common among the armed forces of major powers.

China has since announced they will return the drone.

But it was Trump’s spelling that made headlines. The tweet was quickly deleted by Trump, but the internet saved screenshots for posterity – and even the Merriam-Webster dictionary’s account couldn’t help but poke some fun at digitally deficient demagogue.

Good morning! The #WordOfTheDay is…not 'unpresidented'. We don't enter that word. That's a new one. https://t.co/BJ45AtMNu4

It’s hard to believe that Trump didn’t tweet that out on purpose, however, which begs an important question: what appalling hire or decision is he trying to distract us from?