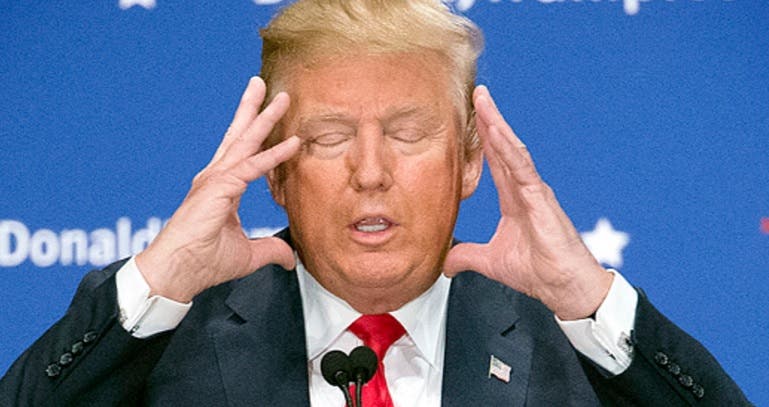 During the presidential election it was heavily rumored a recording existed of President-elect Donald Trump saying racial slurs on the set of “The Apprentice.” Now a major Hollywood star has come forward to say that they possess the recording and that they’ve had it for quite some time.

While giving an interview on KIRO Radio in Seattle to promote a new performance comedian Tom Arnold announced that he has the recording, and that it has been listened to by hundreds of individuals. Arnold said, “I have the outtakes to ‘The Apprentice’ where he says every bad thing ever, every offensive, racist thing ever. I have that.”

Apparently, according to Arnold, the recording exists as a compilation of Trump’s racist and abusive behavior while on set which was created by the show’s producers. Arnold went on to say:

Because when the people sent it to me, it was funny. Hundreds of people have seen these. It was sort of a Christmas video they put together. He wasn’t going to be President of the United States. It was him sitting in that chair saying the N-word, saying the C-word, calling his son a retard, just being so mean to his own children. Oh, this is so funny, this is this guy.

Further Arnold claims the Hillary Clinton campaign knew he was in possession of the dastardly recording, and that they asked him to release it to the public. Arnold says he refused their request in an effort to protect the individuals who passed the file to him:

The Sunday before the election, I get a call from Arnold’s (Schwarzenegger) CAA agent, sitting next to Hillary Clinton. They said, ‘I need you to release him saying the N-word.’ I said, ‘Well, now these people, two editors and an associate producer, are scared to death. They’re scared of his people, they’re scared of they’ll never work again, there’s a $5 million confidentiality agreement.

The $5 million penalty a producer under contract would be subject to if they released the recording has been discussed openly by Emmy-winning producer Chris Nee back in October, 2016. Nee said she personally did not possess the recording, but posted on Twitter that she knew of its existence. The tweet has since been deleted, but thanks to the magic of the Internet here it is:

Considering the recording is becoming a poorly kept secret, it is only a matter of time before it finds its way to the public consciousness. Trump’s nemesis billionaire Mark Cuban has offered to employ any person who releases the tape “for life.” However, Arnold believes that when the recording is finally leaked it won’t matter to Trump’s supporters:

I think if the people that like him saw him saying the N-word, he’s sitting matter-of-factly in front of there has to be 30 people there, and he’s matter-of-factly saying all of this stuff. So I think they would have liked him more, the people. For being politically incorrect.

There is no accounting for taste, and Trump’s supporters have shown they welcome his incendiary and despicable rhetoric. After Trump bragged about sexually assaulting women and getting away with the crime due to being rich and famous, his supporters were more interested in emails sent by Hillary Clinton.

Listen to Arnold’s full interview below: