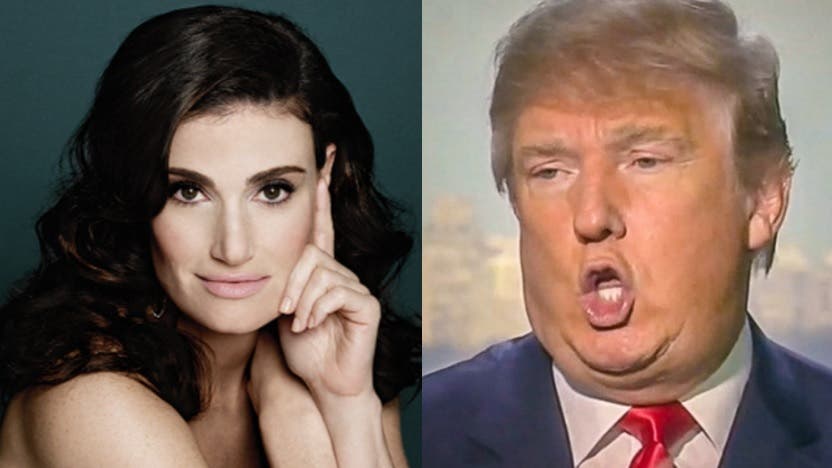 It’s no secret Donald Trump is having trouble lining up acts for his inauguration. Most respectable musicians not named Ted Nugent are steering far away of Trump, to the point that his camp once falsely announced that Elton John was going to play (he isn’t) and was reportedly was offering ambassadorships to agents who could hook him up with some primo talent. Even Washington D.C. highshool marching bands refused to play in his parade.

Without any better options, Trump has decided to hire Jackie Evancho, a sixteen-year-old America’s Got Talent! finalist to sing the anthem. But world-famous singer Idina Menzel, the voice of Elsa in the megapopular animated film Frozen, has her own interpretation of why Trump’s had so much trouble:

“I think it’s karma, baby. I mean, look: All the artists in the world got up and tried to get our girl [Hillary Clinton] elected, and it still didn’t happen, so we’re all still trying to recover from that.”

Menzel then proposed a novel solution for Trump’s inability to find an anthem singer:

“Maybe he’ll just have to sing something himself. He probably thinks he has a great voice; he thinks he does everything great.”

Trump singing the national anthem at his own inauguration would be the perfect way to illustrate the obsessive narcissism of Donald Trump – but his own insecurities will keep him from doing it. What would the haters and losers think if his voice cracked?