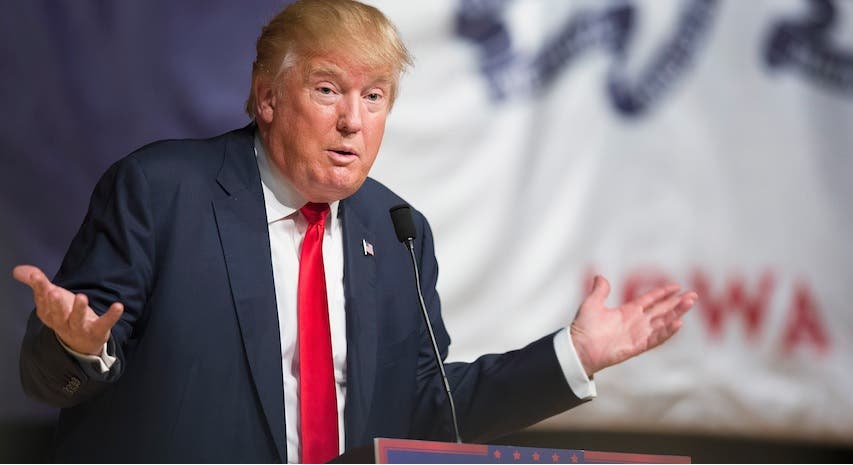 As the next President of the United States, Donald Trump is expected to lay out some sort of policy agenda; to finally articulate his priorities and plans for the nation in a more articulate fashion than simply declaring that he will “make America great again.”

An outline of his national security objectives has been obtained by Foreign Policy magazine. The usual suspects are all there – defeating the militants of Daesh (ISIS/ISIL) without any regard to reconstruction or dealing with the systemic problems that led to their rise in the first place, eliminating budget spending caps so we can pour even more of our taxpayer dollars into the pockets of defense contractors, and cybersecurity, which Trump should be very familiar with, seeing as a lack of it just got him elected.

What isn’t there, curiously enough, is any mention of one of our biggest geopolitical rivals and one of the most flagrant perpetrator of crimes against humanity in the modern world – the Russian Federation and its dictator Vladimir Putin.

Foreign Policy notes that “top cabinet officials at the Defense Department and the intelligence community cited Russia as the foremost threat because of its vast nuclear arsenal, sophisticated cyber capabilities, recently modernized military, and willingness to challenge the United States and its allies in the Middle East, Eastern Europe, and other regions.”

That’s putting it politely. Russia is one of the biggest instigators of conflict in the modern world, and horrific loss of human life always follows. The Ukrainian Civil War was orchestrated by and continues to be escalated by Russian machinations; over ten thousand lives have been lost in the fighting between curiously well-armed rebels, Russian military units in rebel uniforms, and the Ukrainian Army.

Russia’s intervention in the Syrian Civil War has been defined by the holocaust his bombers have wrought upon the city of Aleppo; purposefully targeting schools, hospitals, markets, slaughtering over 3,000 innocent civilians with napalm, fuel-air bombs, and illegal cluster munitions. Russia butchered more Syrian innocents in six months than the nihilistic monsters of Daesh had in two years.

Putin sows nothing but authoritarianism, repression, and death wherever he touches. He dreams of rebuilding the Soviet Union in his own image, and is a clear and present danger not just to the United States but to the safety and security of the world at large. Donald Trump is signaling that he is ready to turn his back on the world and will let Putin do anything he wishes, since Putin got him into the White House.

How many more atrocities will come from Trump’s cowardice? We have a moral duty to the rest of the world to protect them from the schemes of brutal dictators and fascist demagogues like Trump and Putin. It is extremely disturbing to realize that Trump is so indebted to Vladimir Putin he won’t even put him on a list of things to be concerned about.