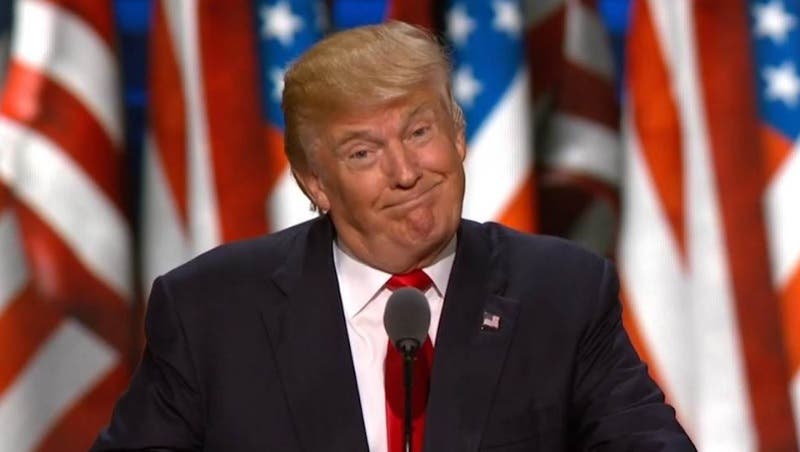 It seems there isn’t anything Donald Trump can’t do, or at least claim to do, with women.

He openly boasts of sexual assault and grabbing women “by the pussy,” (or at least claiming to be able to), denigrating them on live television, forcing them into starvation diets, and now, according to his presidential transition team, breaking the “glass ceiling” for women and propelling them to greater-than-ever heights of opportunity.

The president-elect appointed Thursday his campaign advisor, Kellyanne Conway, as counselor to the president. Trump’s transition team wasted no time pumping out bluster about the appointment in a press release that also completely glossed over the fact that, outside of Conway, Trump is assembling the least diverse White House cabinet in decades. There are no men of hispanic descent in Trump’s White House thus far, and only one African American man, Housing and Urban Development Director Ben Carson.

No matter. Trump’s administration is historically open minded, according to Trump.

This isn’t the first time Trump has claimed himself a champion of women’s rights causes. He also claimed to break the “glass ceiling” in June, when he took credit for strides he supposedly made in hiring women to do construction work.

But, as with so many things, Trump’s indulgence of women’s rights causes comes and goes as the color on a chameleon’s back.
Trump has never seemed to have a problem hiring women. Ask the 20-plus female employees who filed sex and/or gender-related lawsuits against Trump’s enterprise. There was the woman who claimed in court that Trump fired her because she got pregnant.

After that revelation, brought on by a USA Today investigation published in August, Trump unleashed a plan to offer guaranteed six weeks maternity leave (nearly every other developed nation in the world offers more than that).

But on closer analysis, that plan turned out to be a shallow affectation. That’s because existing laws already cover women for 12 weeks, although they don’t receive further salary, The New Yorker found. The news magazine also found that Trump’s plan was “based on a misrepresentation of how the current unemployment-insurance program works.” That money he promised for maternity leave? It turns out the president can’t really touch the funds required to fulfill the plan.

In the meantime, Trump will have to stick to touching things he knows he can…or at least thinks he knows he can. Things just get so confusing when you mix Donald Trump with women.