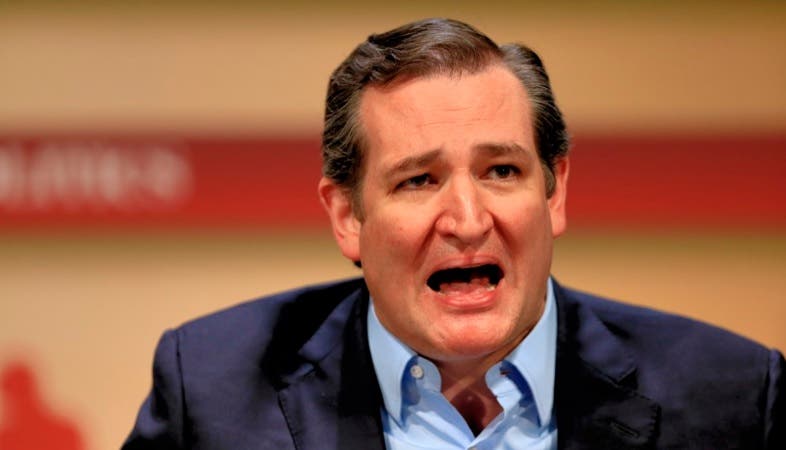 Republicans are attempting to pass a bill which would encourage the discrimination of LGBT individuals as well as anyone who has sex but is not involved in a heterosexual marriage. Sen. Ted Cruz (R-TX) and Sen. Mike Lee’s (R-UT) push to pass FADA, or the First Amendment Defense Act, is the most recent attempt to legislate religious extremism under the guise of free speech protection.

Indeed, if Cruz and Lee have their way, 2017 will be 1957 again. The bill encourages the discrimination of those who do not conform to outdated standards of Christian heteronormativity – that sex is only acceptable between married men and women.

The bill states that (1) marriage is or should be recognized as the union of one man and one woman, or (2) sexual relations are properly reserved to such a marriage.

It is a discriminatory piece of legislation because it places old-world bigotry front and center. If FADA passes, the government will not unable to reprimand anyone, or any entity, that has discriminated against those who do not conform this limited definition of marriage.

In other words, a gay couple who is denied service cannot appeal to the government for help. In fact, if the government took any action against their perpetrators, they could technically be sued. This would go as far as the Attorney General defending the business’ right to discriminate.

Lee’s rep, Conn Carroll, spoke to Buzzfeed about their hopes to get the bill passed and usher in a new era of legalized and federally supported discrimination, which the Trump administration has sold as a mainstay of their policies.

“Hopefully November’s results will give us the momentum we need to get this done next year,” explained Carroll. “We do plan to reintroduce FADA next Congress and we welcome Trump’s positive words about the bill.”
If FADA is enacted, the country will be set back over a century. When this type of bill has passed in other states, it has faced widespread bipartisan rejection. Republicans and Democrats alike recognize the danger of legislation like FADA, which devastates members of the LGBT community, single mothers and unmarried heterosexual couples alike. FADA is an attempt to reverse the last 60 years of basic sexual rights.

The Law and Policy Director of Lambda Legal, Jennifer Pzier, describes how strong an impact FADA would have if passed. According to Pzier, the bill “invites widespread, devastating discrimination against LGBT people,” she continues, “This proposed new law violates both Equal Protection and the Establishment Clause by elevating one set of religious beliefs above all others. And by targeting LGBT Americans as a group, contrary to settled constitutional law.”

“There cannot be even one iota of doubt that this bill endorses one set of religious beliefs above others, and targets people in same-sex relationships, married or not, as well as unmarried heterosexual couples who live together,” Pizer adds. “It’s an unconstitutional effort to turn the clock back to a time when unmarried mothers had to hide in shame, and LGBT people had to hide, period.”

Again, this is not the first time that FADA has been proposed, but it has never been so close to actually passing; it has been dismissed as extreme and unconstitutional. Unfortunately, we are about to enter an entirely different climate. There are currently 171 Republicans who co-sign the bill along with a single Democrat, identified as Daniel Lipinski of Illinois.

Indeed, measures in the same vein have passed in select states. Predictably, current Vice President-elect, Mike Pence instigated the “religious freedom” law, while he was governor of Indiana. This law invited and encouraged discrimination of LGBT individuals, under the guise of freedom of religion. It backfired and now hangs over the people of Indiana, as the country reacted with boycotts.
Similarly, the HB 1523 bill in Mississippi allows business in the state to refuse service to people because of their gender identity or sexual preference, just like FADA. The bill states, “Marriage is or should be recognized as the union of one man and one woman; sexual relations are properly reserved to such a marriage; and male (man) or female (woman) refer to an individual’s immutable biological sex as objectively determined by anatomy and genetics at time of birth.”

The backlash to Mississippi’s discriminating legislation, which is literally a spit in the face to civil rights, was called for by ordained ministers. Barber v. Bryant is the lawsuit against HB 1523 currently in the Fifth Circuit Court of Appeals. It brings to the fore the issue with all similar discriminatory legislation: “persons who hold contrary religious beliefs are unprotected—the State has put its thumb on the scale to favor some religious beliefs over others.”

Aside from undermining the freedom to religion, HB 1523 was found to be in opposition to the Equal Protection and Establishment Clauses by a federal court judge.

If FADA were to pass, the outcry would – and should – be impassioned and cacophonous. We have not come this far as Americans to let an uninformed minority decide that single motherhood is not acceptable; that being in a gay marriage is not really marriage; that living with your partner is inappropriate if you are not married–no sane person has these ideas. These views are criminal. If we let Republicans get away with this, our society will no doubt suffer–it is hard to tell just how bad it will be. Civil rights are not revoked every day, but it seems we are fast approaching the inclusion of discrimination into our very first, most powerful and dear amendment.