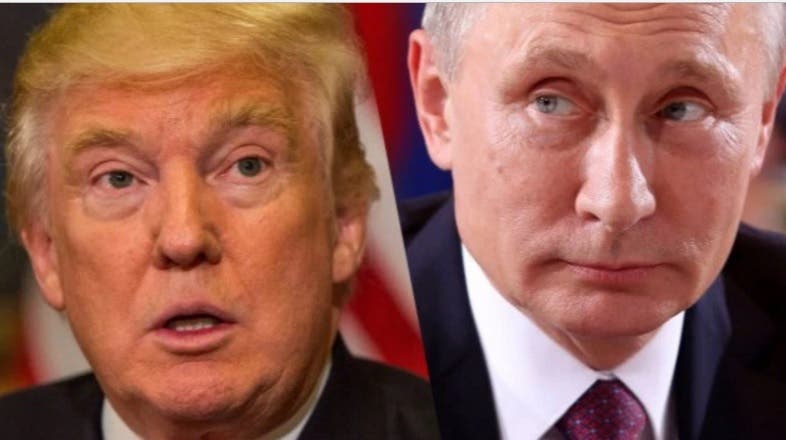 Where Trump And Obama Spent Their Christmas Says It ALL

The entirety of the Russian Federation is having a gleeful ball whilst pointing and laughing at the stupidity of President-elect Trump and crowing about how their beloved dictator, Vladimir Putin, is using Trump as a pawn in his game of realpolitik.

During an appearance on “MSNBC Live” Nina Lvovna Khrushcheva, an expert on Russian affairs and professor at The New School, said Trump was playing “right into Putin’s hands.” Host Sheinell Jones asked Khrushcheva about the recent love letter Putin sent to Trump and her response was chilling:

I was just in Moscow and the Russians are saying ‘Look at those fools, look at their democracy.’ Absolutely.‘How could America lecture us on any development, institutions, human rights, democracy, rhetoric when they just elected Donald Trump. He’s such a fool. He’s such a bully. That’s what America deserves and we’re going to take advantage of it.’ And that’s how Russians feel about it, and now it’s taking shape with letters from Vladimir Putin to Donald Trump with their exchange on potential nuclear armament and whatnot.

Trump’s humiliation of himself and the American people has been progressing steadily. He has shown his inability to articulate complex statements numerous times, which was echoed when he said Putin’s letter was “so correct.” When Trump speaks he sounds more like a teenager than that of the soon to be most powerful and influential man in the world whose words can make the stock market lose billions of dollars in an instant.

Another member of the round table discussion, intelligence analyst Malcolm Nance, chimed in when asked about the possibility of Trump hindering a follow-up investigation into the CIA’s findings that the Russian government-employed hackers to help Trump win the presidential election. Nance said there is zero chance of accountability for individuals to be brought to justice for their participation, “I don’t think there will be any accountability with the regards of the Russian hacking against the DNC or even violating the entirety of the U.S. electoral process. He has benefited from that. He’s going to shut down any investigation if it implicates him or his campaign.”

Beyond Nance’s analysis, he offered a shadowy warning for the future to come under Trump as the 45th President of the United States:

We are being played as fools by a spymaster-in-chief, a former KGB officer, Director of Russian Intelligence. He’s laughing at us in his letters which stroke Donald Trump. ‘His excellency!’ We haven’t had a letter like that in the United States since King George III. As long as Trump is manipulated, Russia and China will take our market share from the international markets out there, and the United States will be relegated to a third class country.

Trump’s ego is so fragile and desperate for validation that he willingly allows himself to be manipulated for praise. Indeed, he would surely give away the keys to the kingdom for a handful of magic beans if he was told how smart he was for accepting the deal. While Trump continues to be the laughing stock of the entire world, he will simultaneously drag the American people along for a ride not of their choosing to which end will surely end in catastrophe.

Watch the full segment below: