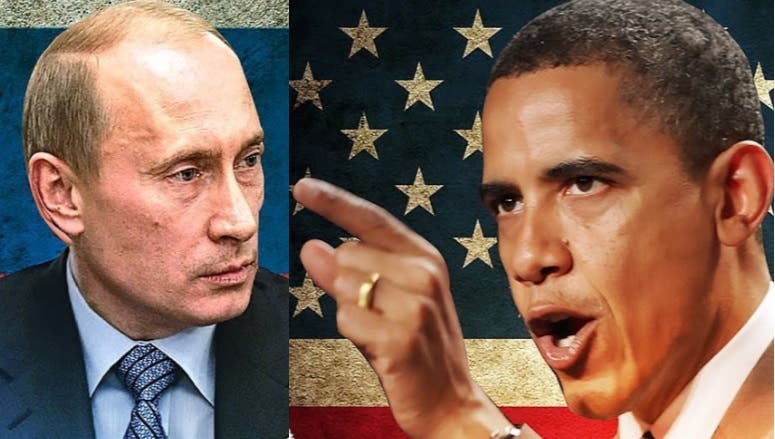 President Obama is reportedly preparing a fresh wave of sanctions against the Russian Federation over dictator Vladimir Putin’s personally supervised electronic warfare and propaganda campaign against Democratic nominee Hillary Clinton and the Democratic National Committee during the election.

An executive order passed in April 2015 allows President Obama to levy sanctions against individuals or nation-states that perpetrate cyberwarfare crimes against the United States.

The hacking efforts began as a personal vendetta just to spite Hillary Clinton, but once Putin realized how easily manipulated an egomaniacal idiot like Donald Trump was, the efforts became a full-fledged campaign to put him into the White House. Russian hackers working under the pseudonym of “Guccifer” hacked the files of the DNC and the personal emails of  Clinton campaign manager John Podesta as well as the accounts of down-ballot Democrats.

Those emails were strategically released to the public in edited forms to stir up dissension among liberals and to underscore the false themes being trumped in Trumpian/Putinist propaganda narratives.

One of the primary objectives of Vladimir Putin’s pro-Trump efforts were to get the sanctions previously imposed by the Obama administration in 2014 following Putin’s occupation and annexation of the Crimean Peninsula from Ukraine. Those sanctions were as follows:

We have designated a number of Russian and Ukrainian entities, including 14 defense companies and individuals in Putin’s inner circle, as well as imposed targeted sanctions limiting certain financing to six of Russia’s largest banks and four energy companies. We have also suspended credit finance that encourages exports to Russia and financing for economic development projects in Russia, and are now prohibiting the provision, exportation, or reexportation of goods, services (not including financial services), or technology in support of exploration or production for deepwater, Arctic offshore, or shale projects that have the potential to produce oil in the Russian Federation, or in maritime area claimed by the Russian Federation and extending from its territory, and that involve five major Russian energy companies.

Summarized, the sanctions keep Putin and his oligarch buddies from funneling more of Russia’s wealth into their private Swiss bank accounts – and from capitalizing on a potentially $500 billion deal signed with the man Trump just appointed as his secretary of state – the CEO of Exxon, Rex Tillerson. This fresh round of sanctions will hit Putin and the Russian Federation where it really hurts – in his wallet. With luck, President Obama will write them into law in such a way that Trump simply can’t repeal them on his first day.