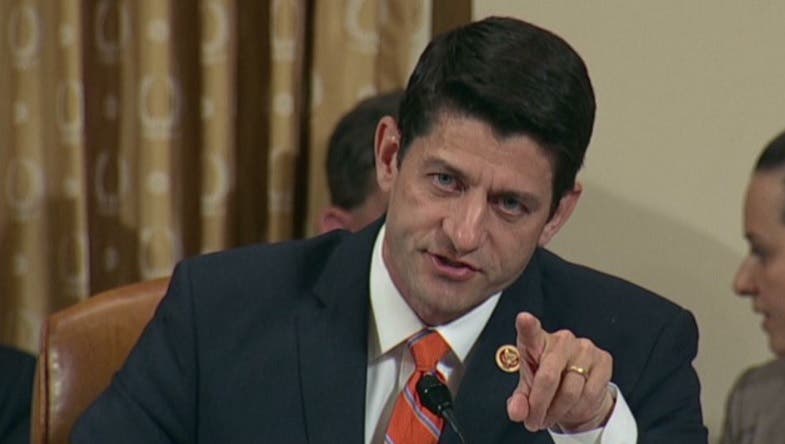 Obama Finally Decided How To Punish Russia For Hacking The Election

As if the American people needed any more warning that House Republicans were set to commit even more heinous acts of legislative terrorism once Donald Trump is sworn in, they just passed a bill to ban Democrats from filming or photographing the debates in the House Chamber. The proposed legislation would refer members of the House to the Ethics Committee and would levy fines against those who would record Congressional business.

Fox News has obtained a document spelling out the proposed penalties. House Republicans are proposing sanctioning members with a $500 fine for the first offense and $2,500 for additional offenses.

“Any subsequent offense will be assessed at the higher amount, regardless of whether it is connected to any other offense by time or proximity,” part of the proposal reads. In addition, lawmakers cannot block the well of the House as Democrats did with their sit-in in June.

During that sit-in, where House Democrats unsuccessfully attempted to force Republicans to sign a law banning suspected terrorists from purchasing firearms and expand background checks not two weeks after a man walked into the Pulse nightclub and slaughtered over fifty people with a machine gun, the House Republicans turned off the C-SPAN cameras so the public would not see the House Democrats crying “SHAME!” The Democrats then began filming the sit-in to the public on their private phones, broadcasting on Periscope, and the public gathered outside the House to cry “DO YOUR JOBS!” at House Republicans.

They did not do their jobs. Four gun reform bills failed to pass.

It’s a clearly undemocratic move to shield the Republican-strangled House from the things they are already salivating at the thought of doing – like gutting Social Security and Medicare, and replacing them with a for-profit voucher system, repealing Obamacare, privatizing veteran’s healthcare, opening up our national parks for fossil fuel developers, cutting off funding for Planned Parenthood, passing abortion bans, deregulating Wall Street, slashing taxes for the rich and the wealthy…the list goes on and on. So much is at stake here, and the public MUST be aware of just exactly what these spineless, honorless cowards are planning to do to the working people of this country.