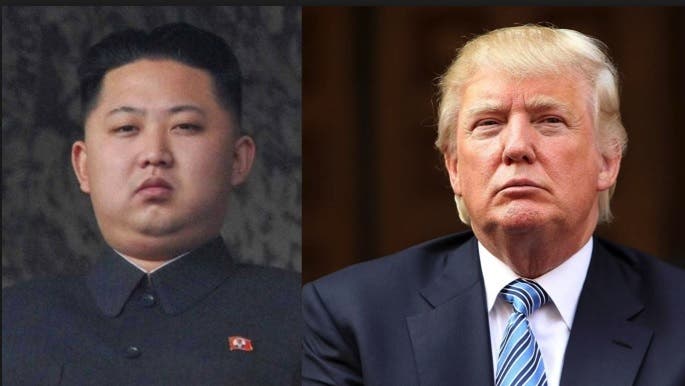 At least one person on the planet is excited about President-elect Donald Trump’s suggestion last week that the world restart the nuclear arms race that we all thought, or at least dreamed, had ended with the Cold War.

North Korean dictator King Jong-Un is planning a “prime time” nuclear weapons push in the New Year, according to French news syndicate AFP. Thae Yong-Ho, who defected as ambassador to England earlier this year, held a press conference to say that, given Trump’s election, Kim had issued a directive to complete nuclear development by the end of 2017. Whether or not th

“With South Korea holding presidential elections and the US undergoing an administration transition, the North sees 2017 as the prime time for nuclear development,” Thae told reporters. “That’s based on a calculation that the US and South Korea will not be able to take physical, military measures because they are tied up with domestic politics.”

North Korea has been unnsuccessfully playing the nuclear card for years, and U.S. intelligence officials still believe the country is far from achieving the technological capacity to strike the U.S. mainland. But increased number nuclear testing this year has put South Korea and other neighbors on edge.

There are plans for another nuclear weapons test after Trump takes office, CNBC reports. Intelligence officials are quoted saying North Korea may test a mid-range intercontinental ballistic missile capable of traveling about 3,500 miles, or far enough to reach the U.S. pacific territories in Guam.

Trump, meanwhile, appears to be on top of things. Not. If you missed it, prepare to be disgusted by his impromptu press conference held Wednesday morning alongside Don King. In brief, he didn’t say very many smart things.

Providing a pretext that only encourages the world’s now second most unstable and volatile leaders to advance, full steam ahead, with his own nuclear weapons program is a decision Trump may have to explain in more detail – and we are going to have to deal with the consequences.