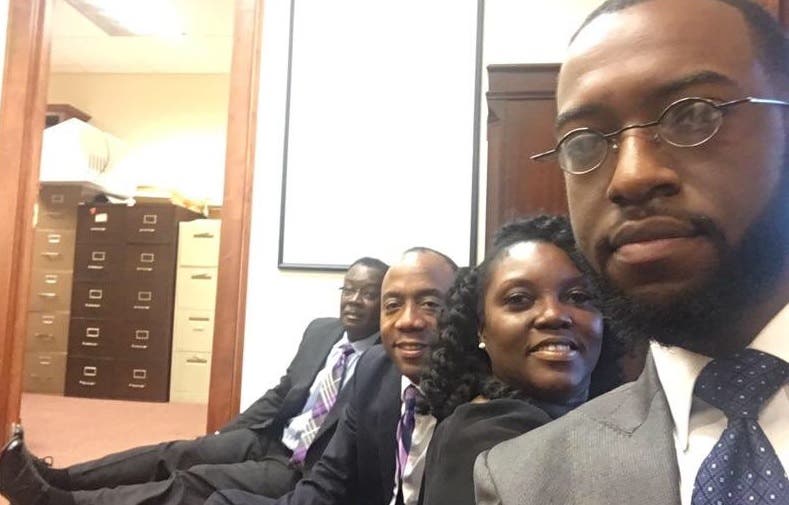 Trump Just Lied About GM. Their Response Is Perfect

Donald Trump’s appointment of the openly racist, misogynistic, and all-around deplorable Sen. Jeff Sessions as Attorney General has sparked a chorus of outrage from the American people – but Trump hasn’t paid it any mind. So the NAACP has taken matters into their own hands, and have occupied the Mobile, Alabama office of Sessions until he withdraws his nomination or “they get arrested.”

The @NAACP & @AlabamaNAACP are occupying the Mobile office of @jeffsessions–untill he withdraws as a AG nominee or we're arrested.@tvonetv pic.twitter.com/7uceDDpz1Y

NAACP CEO Cornell Brooks has personally led the occupation of Sessions’ office. In a statement, the NAACP announced that “as a matter of conscience and conviction, we can neither be mute nor mumble our opposition to Senator Jefferson Beauregard Sessions becoming Attorney General of the United States. Senator Sessions has callously ignored the reality of voter suppression but zealously prosecuted innocent civil rights leaders on trumped up charges of voter fraud. As an opponent of the vote, he can’t be trusted to be the chief law enforcement officer for voting rights.”

Their concerns are extremely well-founded. Jeff Sessions was denied a federal circuit judge nomination because he is such an unrepentant racist. He said that he liked the KKK until he “found out they smoked pot;” he called the NAACP and the ACLU “un-American and Communist” for “ramming civil liberties down our throat.” An assistant attorney remembers how Sessions told him “be careful what you say to white folks.” After Trump’s notorious Access Hollywood tape was made public, Sessions – a lawyer – said that he didn’t think that grabbing a woman’s genitals constituted sexual assault. He is a caricature of a Southern white man, a walking stereotype of white patriarchy, exaggerated misogyny and racism, the hateful superiority of Trumpism manifest.

We must give these brave NCAAP lawyers the support they need. If you’d like to give Jeff Sessions a phone call expressing your displeasure, you may do so at these numbers.