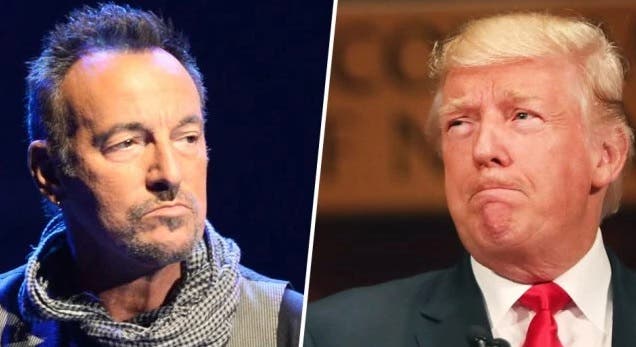 World-famous rock star Bruce Springsteen just sat down with Entertainment Weekly, where the talk turned to politics – and “the Boss” had a very poignant question that the American people and especially the Republican Party needs to ask themselves.

Speaking with Marc Maron of his “WTF” podcast, Springsteen said “I’ve felt disgust before, but never the kind of fear that you feel now. It’s as simple as the fear of, is someone simply competent enough to do this particular job? Do they simply have the pure competence to be put in the position of such responsibility?”

He was, of course, referring to our president-elect Donald Trump, who literally just proved once again that he is entirely unqualified for the job by idly threatening North Korea and China with a casual afternoon tweet.

This isn’t the first time Springsteen has slammed our PEOTUS. Before the election, he spoke to Rolling Stone and said that our “republic is under siege by a moron, basically. The whole thing is tragic. Without overstating it, it’s a tragedy for our democracy.”

He had no idea just how right he would be.