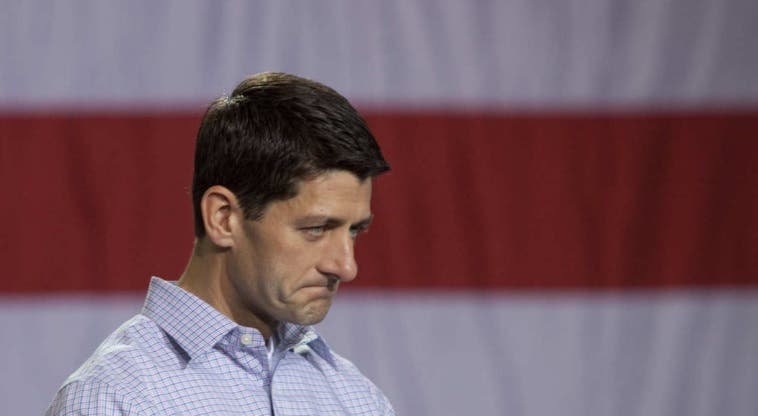 After House Republicans quietly tried to gut their own ethics oversight and put themselves in charge of ignoring their own misbehavior, a roar of public backlash and a rebuke from their own president-elect has forced them to reverse course and kill the motion – for now.

Members spilling out of HC-5. Say the OCE change is dead for now but not forever. Many want to return to this issue soon…

The Office of Congressional Ethics inherently demands that it be an independent nonpartisan body to properly fulfill its functions – but the perpetually shameless House Republicans moved last night to place it under control of the House “Ethics” committee, which would mean they could not “employ a spokesperson, investigate anonymous tips or refer criminal wrongdoing to prosecutors without the express consent of the Ethics Committee.”

It’s no surprise that Republicans are so eager to kill the OCE, since it was established in 2008 by House Minority Leader Nancy Pelosi (D-CA) in response to the increasingly obvious culture of corruption that House Republicans and their lobbyist masters were cultivating.

“Republicans claim they want to ‘drain the swamp,’ but the night before the new Congress gets sworn in, the House GOP has eliminated the only independent ethics oversight of their actions. Evidently, ethics are the first casualty of the new Republican Congress” said a furious Pelosi in a statement regarding Judiciary Committee Chairman Bob Goodlatte (R-VA)’s efforts to gut the checks and balances that we’ve had to impose since House Republicans can’t behave themselves.

Contrary to the credit that Trump will inevitably claim for himself and the praise his sycophantic fans will shower him with, let it be known that it was YOU, the American people, who made this happen. Thousands upon thousands of furious Americans barraged their offices with angry phone calls, forcing the House – for once – to actually listen to the constituents they ostensibly represent. This little incident is a sharp reminder of the sheer arrogance of the Republican Party. For them to have the nerve to openly try to gut the ethics committee before the first session of the new Congress is an obvious sign that they are entirely devoid of ethics and moral principles and will govern as such. But it is also a source of hope.

We won our first battle with these avaricious kleptocrats and sent the cowards retreating with their tails between their legs with the force of our fury. Add your Congressman to your speed dial, because it’s looking like we’re going to need to do this a lot over the next four years.