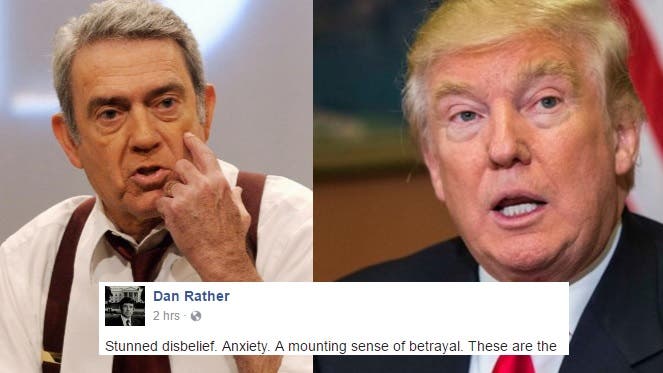 Twitter Erupts At Mitch McConnell After He Complains About Democratic Obstruction

Donald Trump and the Republican media machine have been on a relentless misinformation campaign in their efforts to discredit the work of our intelligence agencies and sweep the the evidence of Russian interference in our election under the rug. Trump’s personal propaganda chief, Sean Hannity, invited Wikileaks founder Julian Assange on to his FOX News show last night in order to prove that the American media is “dishonest” and “ethically corrupt” for demanding that our government do something about Russian hacking in our election.

Trump immediately began tweeting out baseless statements in support of Assange and Wikileaks, which he once said was “disgraceful” and deserved “like the death penalty or something.” It is downright insulting for him to choose the baseless claims of a disgraced propaganda agency that has notable links to Russian hacking groups over the evidence provided by the men and women who work tirelessly to keep our nation safe from outside threats.

Legendary journalist Dan Rather took to Facebook today to slam Trump for siding with Assange and Wikileaks over the intelligence agencies of the United States:

Stunned disbelief. Anxiety. A mounting sense of betrayal. These are the smoke signals rising from those in and around the United States intelligence community over President-elect Donald Trump’s dismissal of the evidence of Russian hacking in the presidential election.

And now, in a series of tweets, Mr. Trump has taken the side of Wikileaks founder Julian Assange over the collective conclusion of those tasked with our national security. Assange, in an interview with Fox News’ Sean Hannity (who at this point must be considered a full-fledged propagandist and abetter) said he didn’t get the information from Russia. Well if he says so… Let’s just use that same standard for all of our adversaries. Nothing to see here. Why waste all these billions of dollars on intelligence gathering?

When it comes to our intelligence services, there must be many caveats. This work is more art than pure science, often picking out clues from a lot of noise. Our intelligence has been wrong in the past. The CIA and other organizations have overstepped their bounds at times, and their findings have been politicized (Iraq). Furthermore there is often a certain amount of dissent about many findings. I also must add that I have long felt we can benefit from taking a long, hard, and critical look at our intelligence apparatus, its structure, bureaucratic interferences, and fiefdoms. But in this case, those concerns are secondary as the agencies seem to be speaking largely in unison with the urgency of real evidence.

I have found the men and women who do these intelligence jobs to be serious about their line of work. Deadly serious. After all, when they are wrong people can and often do die. What do the vast network of people risking their lives undercover and in dangerous locals, men and women whose names we will never know, think of Mr. Trump’s cavalier dismissal of their work? What about the thousands more at headquarters using their immense analytical skills in the service of country instead of, say, making millions on Wall Street? We need a robust intelligence force now more than ever. This is a matter of national security. It affects all Americans, and people around the world. Hopefully patriots within Mr. Trump’s own party and in his inner circle will step up and tell the incoming president how dangerous this rhetoric is.

Heaven forbid we suffer another horrible attack. Heaven forbid our intelligence community was hollowed out, wasn’t listened to or respected. These are the stakes.

Trump’s refusal to believe the assessment of 17 different federal intelligence agencies over some nonsense from FOX News is extremely unpresidential and a terrifying sign of things to come. We only need to look the horrific death and destruction from the September 11th, 2001 terrorist attacks to know what happens when a president refuses to listen to his intelligence agencies.
Tags
style