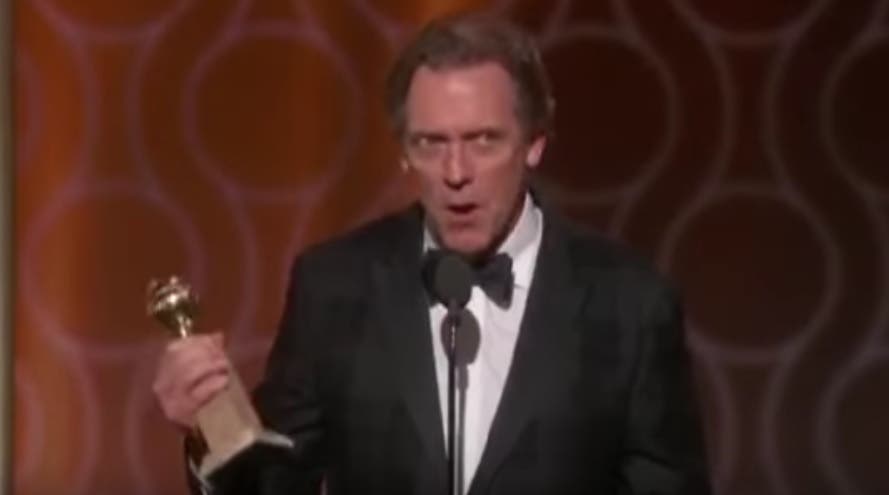 Trump Thinks Meryl Streep Lives In A “Bubble.” This Veteran’s Response Is Perfect

At last night’s Golden Globes, Meryl Streep was not the only star criticizing the incoming Donald Trump Administration. Hugh Laurie won an award for his role in The Night Manager, and used his acceptance speech forgave his characteristically comedic take on the upcoming catastrophe. He mocked the right wing obsession with resenting foreigners, hating Hollywood, and refusing to believe anything in the mainstream media. Laurie told the audience in his acceptance speech,

“Thank you first to the Hollywood Foreign Press Association for this amazing honor. I suppose it’s made more amazing by the fact that I’ll be able to say I won this at the last ever Golden Globes. I don’t mean to be gloomy, it’s just that it has the words Hollywood, Foreign and Press in the title. To some Republicans, even the word “association” is slightly sketchy…I accept this award on behalf of psychopathic billionaires everywhere.”

Couldn’t have put it better ourselves!

Laurie’s barbed satire is the perfect response to the incoming presidency of hatred.