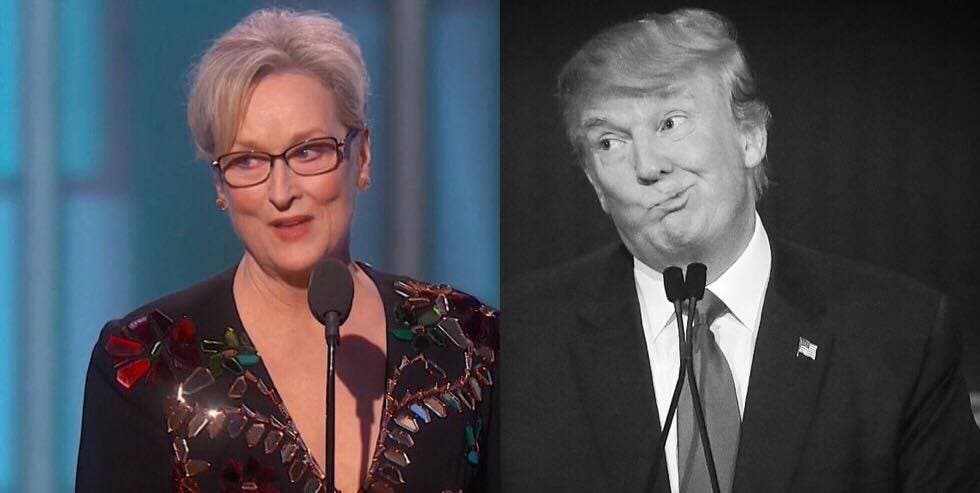 In what is being called one of the greatest acceptance speeches ever, actress Meryl Streep just slammed Donald Trump while accepting the Lifetime Achievement Award.

Holding back tears, she spoke directly to the president-elect and his anti-immigrant agenda:

“Hollywood is crawling with outsiders and foreigners, and if you kick us all out, you’ll have nothing to watch except for football and mixed martial arts, which are not arts.”

“We need the principled press, to hold power to account, to call them them on the carpet for every outrage. That’s why our Founders enshrine the press and its freedoms in our Constitution. So I only asked the famously well-heeled Hollywood Foreign Press and all of us in our community to join me in supporting the Committee to Protect Journalists, because we’re gonna need them going forward, and they’ll need us to safeguard the truth.”

It gets better, but I don’t want to give too much away…

Check out her full acceptance speech below: