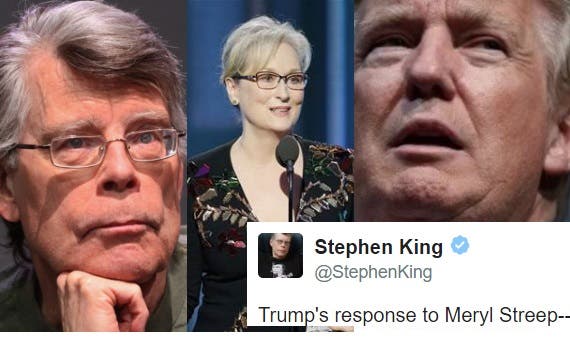 As he so often does, King nails exactly what is disturbing about Trump’s hypersensitivity and the danger it presents to the American people. To be the leader of the United States of America requires a certain thickness of skin; a need to rise above slights real and perceived in order to put the good of the country before your own ego.

But Trump is incapable of ignoring even the pettiest of slights.

The presidency of the United States is perhaps the most emotionally taxing job in the world, and requires great personal strength and conviction to properly execute. The well-being of millions of people lie in the hands of the president, along with their very lives.

Trump’s inability to let a perceived slight from an actress who didn’t even call him out by name – and his insistent need to insult and demean his critics – shows just how emotionally immature he is and how unqualified he is to lead this nation.