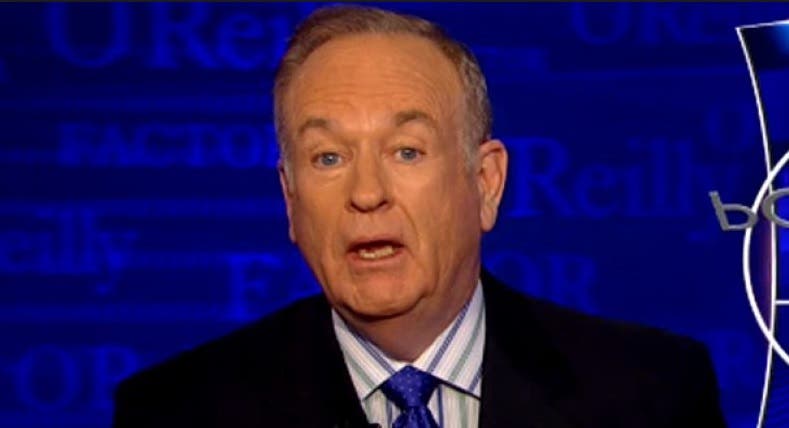 British Intel: Russia Blackmailing Trump With Video Of Him Paying Prostitutes To Pee On Obama’s Bed

As detailed in a letter obtained by the NY Times from Huddy’s lawyers, the allegations against O’Reilly are disturbing:

This kind of behavior is the norm at Fox. Jack Abernethy, an executive of the network was also beligerant towards Huddy after she rebuffed his advances. Not to mention the sexual harassment storm of which Chairman Roger Ailes was at the center of. It makes sense that this misogynist network is not safe for women off camera.

During a lunch outing, O’Reilly cornered Huddy, taking her to his home including his bedroom—no doubt while his wife was out of the house. According to the report:

“To shock and disgust, as Ms. Huddy was saying goodbye to Mr. O’Reilly, he quickly moved in and kissed her on the lips,” the letter said. “Ms. Huddy was so taken aback and repulsed that she instinctively recoiled and actually fell to the ground. Mr. O’Reilly, looking amused, did not even help Ms. Huddy up.”

Because O’Reilly completely controlled Huddy’s work assignments, with no other mediator, he was able to repeatedly harass her. After taking her to a Broadway show, the letter goes into the grotesque events:

Mr. O’Reilly moved close to Ms. Huddy in a way that made her feel uncomfortable. He tried to hold her hand but she pulled it away. Then he dropped a key to the room at a Midtown Manhattan hotel he was staying at into her lap, and told her to meet him there after the show. He stood up and left.

Ms. Huddy went to the hotel to return Mr. O’Reilly’s key, according to the letter. She asked him to meet her in the lobby, but he refused and asked her to join him in his room.

“Ms. Huddy declined and explained that she was not interested in Mr. O’Reilly on a personal or sexual level,” stated the letter.

Mr. O’Reilly persisted and again asked that Ms. Huddy come up to his room, and she ultimately went up give him the key, according to the letter. It is not clear why she did not leave it at the front desk or simply leave.

When Mr. O’Reilly opened the door to his room, he was wearing nothing but boxer shorts, according to the letter. Ms. Huddy was “very embarrassed, handed Mr. O’Reilly his key and quickly left,” the letter said.

It did not stop there. O’Reilly was not deterred by his marriage or Huddy’s disgust and continued to pursue her against her will. According to the letter, his “obsession with her only escalated.”

In spite of being constantly rejected, O’Reilly did not stop his attack on Huddy, only growing more aggravated and attacking her not only sexually but also targeting her work. He would, “nitpick her work” and “berate Ms. Huddy for minor mistakes,” noted the letter. He would not go over story angles with her, springing segments on her last minute so she would fail—obviously poor behavior for any boss, let alone the leading anchor of a network. Because of her rejection of O’Reilly’s advances, her segments on Fox were canceled.

Ms. Huddy was awarded a six-figure payout for keeping quiet on O’Reilly’s disgusting behavior towards her. She cannot talk about what happened to her at Fox, or she will have to pay a $500,000 penalty. In one of her last appearance on TV, Ms. Huddly literally said goodbye to her career, which was made impossible because of the sexism she had to endure at Fox News. “Thank you to everyone who has made the last 20 years the most challenging but best of my life,” she said. “Perhaps someday, even someday soon, you’ll see me on television again.”

For his part, O’Reilly remains on the air, the mouthpiece of disgruntled, sexist Republican America. There’s no doubt that in this Trump-climate, there will be little repercussions to O’Reilly’s actions outside of the suit. In the minds of his supporters, Huddy is probably at fault somehow. It is disgusting that he will continue to sexually harass other female reporters at the network, knowing that he can just pay them off. Unfortunately, no amount of money can undo the damage that O’Reilly has caused. He should follow in the footsteps of Ailes and be forced out of the public eye. Sexual harassment cannot go unpunished.