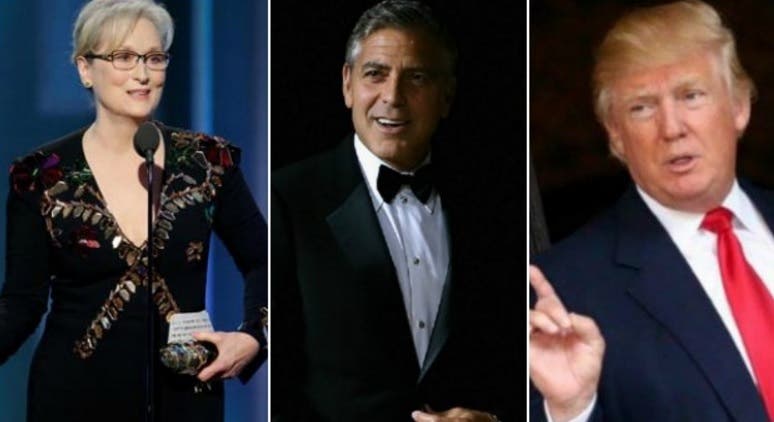 Donald Trump’s knee-jerk Twitter attacks on world-famous actress Meryl Streep after she called him out at the Golden Globes prompted a huge public backlash from all levels of American society. Ordinary citizens took to Twitter to roundly lambast him for his unpresidential behavior, as did prominent authors and other big Hollywood names.

They were joined by actor and prominent Democratic activist George Clooney, who mocked Trump last night at a Clooney Foundation for Justice reception held in support of a Netflix documentary detailing the struggle of the Syrian White Helmets.

Dripping with sarcasm, Clooney told PEOPLE Magazine that “I’ve always said that about Meryl. She’s maybe the most overrated actress of all-time. She and I worked together on Fantastic Mr. Fox as husband and wife and I will tell you even as a fox, a female fox, she’s overrated. Aren’t you supposed to be running the country?”

Every week brings another petty Trump Twitter feud that just goes to showcase how Trump is unqualified to run this country on every conceivable level. We expect an angry tweet slamming George Clooney as “overrated,” or possibly how he’s a “dummy” any minute now.