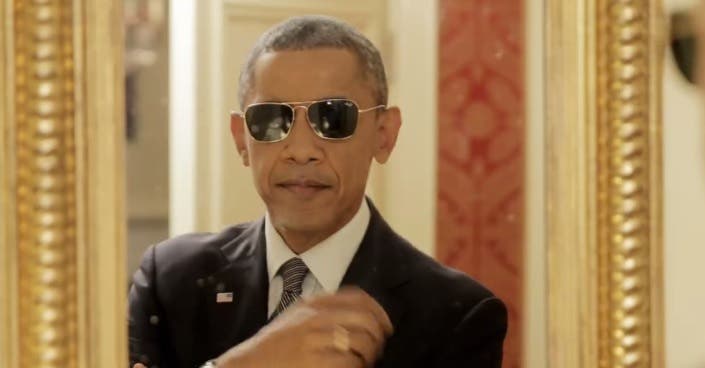 Trump Voters Are BEGGING Trump To Get Off Twitter

Even as Donald Trump struggles to attract even a single big-name performer for his inauguration, the music streaming service Spotify appears to have offered President Obama a job after he leaves the White House. Obama, whose Spotify playlists have become legendary over the past few years, recently joked that he’d like to work at the music service after his term ends. Today, Spotify responded, posting on its careers page an opening for “President of Playlists.”

The playful ad states that candidates should have “at least eight years’ experience running a highly-regarded nation” as well as “a friendly and warm attitude and a Nobel Peace Prize.”  Spotify CEO Daniel Ek even gave the president a shoutout on Twitter linking to the job, whose duties include “identifying the perfect warm up playlist for addressing the nation about health care legislation that bears your name.” The job description also notes that the President of Playlists must “attend daily briefings” and “use all available intelligence,” a jab at president-elect Donald Trump and his dismissal of intelligence briefings.

While it is highly unlikely that Mr. Obama will end up working at Spotify and the job posting may be little more than a publicity tactic on the company’s part, it does provide a reminder of the strong following Obama has developed over the past eight years, a stark contrast to Mr. Trump and his record disapproval ratings. In the real world much uncertainty remains about Mr. Obama’s post-presidential career path. The president has dismissed talk of a potential Supreme Court bid, saying that he would prefer to teach, to nurture the next generation of Democratic Party leaders, and even to run an NBA team. Whatever route he takes, however, his position as one of the most successful presidents in recent history has been cemented, no matter how hard Trump and his Republican Congress work to turn back the clock on his achievements.