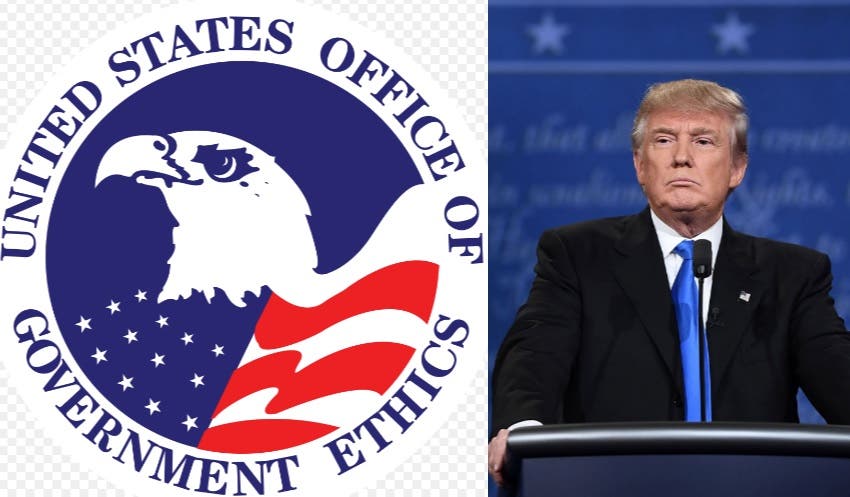 Dan Rather Just Spoke Directly To Trump With This Dire Warning

The Government Office of Ethics, a nonpartisan oversight body that works to prevent conflicts of interest and prevent the corruption that inevitably follows such conflicts, is not at all pleased with Trump’s refusal to completely divest himself from his business empire.

Earlier today, President-elect Trump announced he was backing off a previous promise to make “no new deals” and to place his business in a blind trust. In a speech today at the Brookings Institute, OGE Director Walter Schaub slammed Trump for his “wholly inadequate” efforts to divest himself from his businesses.

“The plan the [president-elect] has announced doesn’t meet the standards that the best of his nominees are meeting and that every president in the last four decades have met.We can’t risk the perception that government leaders would use their official positions for professional profit. Stepping back from running his business is meaningless from a conflict of interest perspective.”

In his press conference today, Trump’s lawyer – from a firm awarded Russia’s Law Firm of the Year in 2016 – said that Trump shouldn’t have to give up his business just because he is the president, which makes no sense as Trump voluntarily ran for president and should have been told along the way that this would be necessary.  “President-elect Trump should not be expected to destroy the company he built” said Mrs. Sheri Dillion.

Schuab added that “I don’t think divestiture is too high a price to be president of the United States of America.”

He wasn’t the only one to take Trump to task for his ridiculous attempts to gloss over the enormous conflicts of interests that result from placing his sons in charge of his businesses and continuing to profit off of them.

It’s very clear that Trump has absolutely no intention of divesting himself from his businesses. His claim that he will donate all profits from foreign dignitaries staying at his hotels is just another throwaway lie, like when he promised he’d divest himself, or that he’d release his tax returns.

Far from draining “the swamp” of Washington corruption, Trump is building a crude shack in the middle of it.