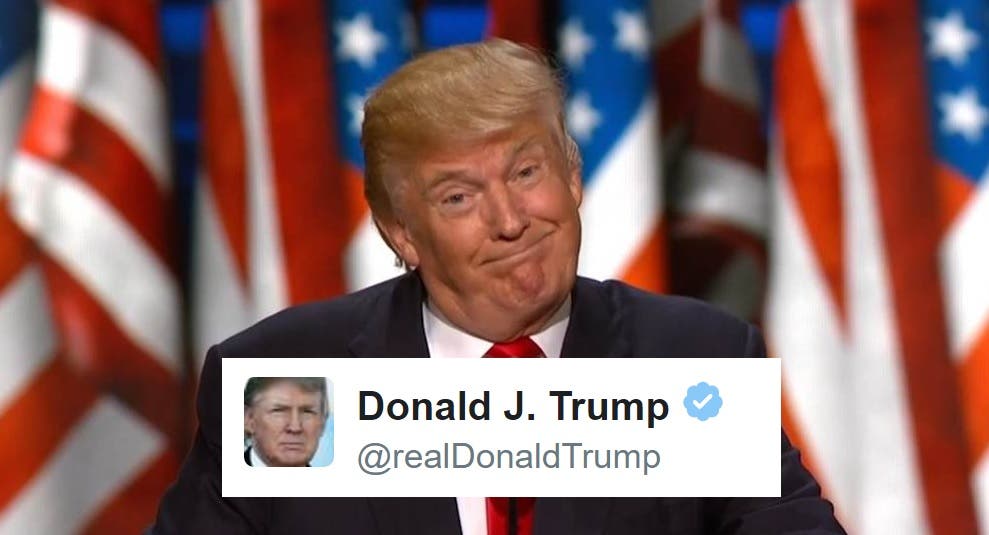 As expected, our president-elect Donald Trump is literally using his Twitter account as part of a pay-for-play scheme of the kind he accused Hillary Clinton of so vocally.

Earlier today, in the middle of a  rant about how terrible and overrated CNN is because they published a story about how the President had been briefed about on the increasingly likely possibility that the Russian government had “compromising” personal and financial information about the President-elect, Trump decided to fire off this curious message:

Thank you to Linda Bean of L.L.Bean for your great support and courage. People will support you even more now. Buy L.L.Bean. @LBPerfectMaine

Why would Donald Trump suddenly be such a big fan of L.L. Bean? It’s not because he just bought some extremely small but comfy mittens for the winter.

It’s probably because L.L Bean board member and heiress to the clothing company, Linda Bean, donated $60,000 to a pro-Trump Super PAC. Making America Great Again, and has been a vocal defender of the carnival barker throughout his campaign. She also once compared President Obama to Hitler.

Not only did she donate all that money, but she violated FEC rules since the MAGA PAC was only allowed to accept up to $5,000 from a single donor, but that didn’t seem to matter to anyone involved. The director of MAGA PAC, David Jones, didn’t even know whether or not his organization was registered as a PAC or a Super PAC, saying  said “he thought it already was registered as a super PAC.”

This is exactly the kind of outrageous conflict of interest that the American people are worried about. The President-elect of the United States just used his personal Twitter account to help sell rubber-bottomed boots because someone donated a lot of money to him. This cannot become the new normal. The prestige and power of the Oval Office is not to be used as a tool to sell and buy influence among the monied elites of America.