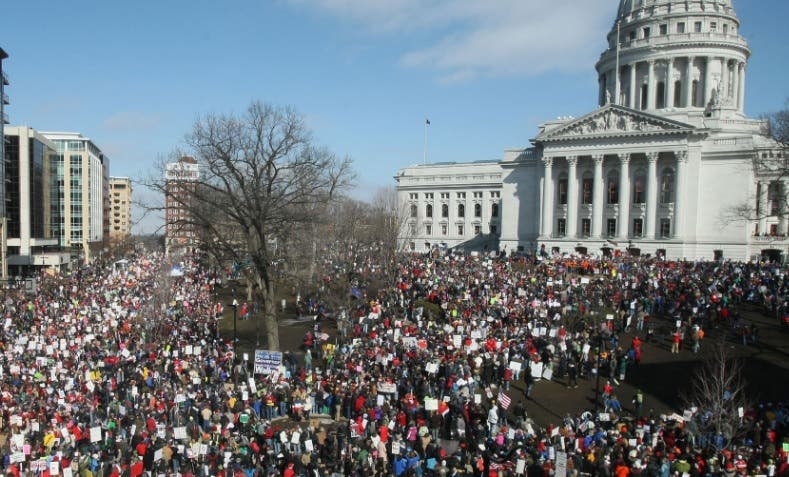 The upcoming inauguration of Donald Trump is being met with mass trepidation from not just Americans, but by millions of people around the world. That much is evident in the fact that there will be 370 “sister marches” on six continents that are expected to draw over 700,000 people across the world, protesting the inauguration of Donald Trump. 55 marches have been planned in cities from Paris to Nairobi to Sydney, reports the Huffington Post.

14,000 women are set to march in London alone in protest of not just Trump but of the recent wave of far-right hate that is engulfing human societies across the globe and in support of women’s rights, LGBT rights,

“This march was triggered by widespread apprehension at the threat to human rights anticipated in the wake of recent political events. By coming together on the 21st, a multitude of different organisations working across the board on different social issues send a message that the politics of fear and division will not be accepted. In 2016, we all saw an increase in hate speech and divisive rhetoric. Donald Trump’s election was really a tipping point for me” says organizer Beth Garner.

It should be a real gut-punch to the American people and to the Republican Party to know that the ascension of a serial sexual predator and narcissistic egomaniac to the Presidency is prompting outrage not just in the United States but all across the globe.