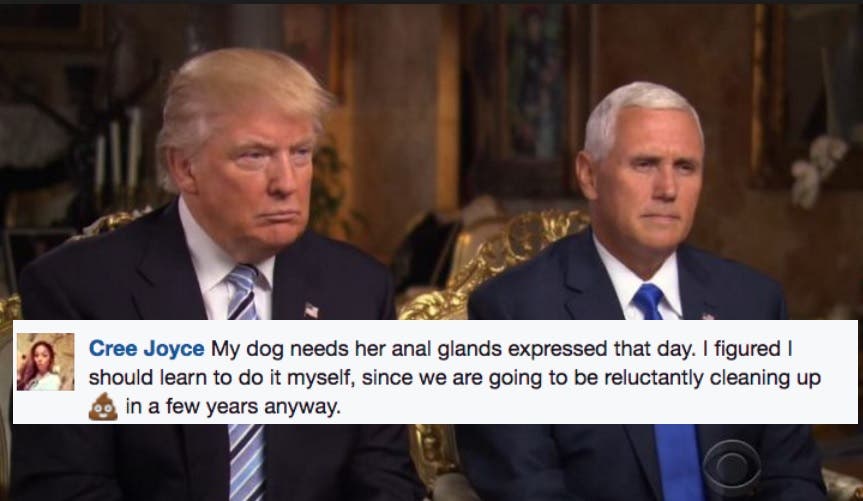 Incoming vice president Mike Pence posted president-elect Donald Trump’s cringey, PSA-style plea for someone to show up for his inauguration. Facebook users descended in the tens of thousands to let Pence know that, actually, they have better things to do with their Friday than watch the chief and vice chief misogynists being sworn into the highest office in the world. Commenters gave some shout outs to the much larger Women’s March planned for the day after the inauguration. The progressive and feminist event has become tremendously popular in the wake of Pence and Trump’s racially charged, anti-women, anti-LGBTQ rhetoric. Several commenters told Trump that they would rather attend his (hopefully) imminent impeachment than his swearing in. Others called out Trump’s poor command of the English language, specifying his grammar while most of us can’t look past his inability to use anything resembling a complete sentence.

Finally, it doesn’t matter what happens, Trump will send out the same self-congratulatory tweets that are more in tune with his ego than reality. However many times Trump says, “Lin-coln Me-mor-ial” like he’s lecturing a group of non-English speakers, we won’t see him there.