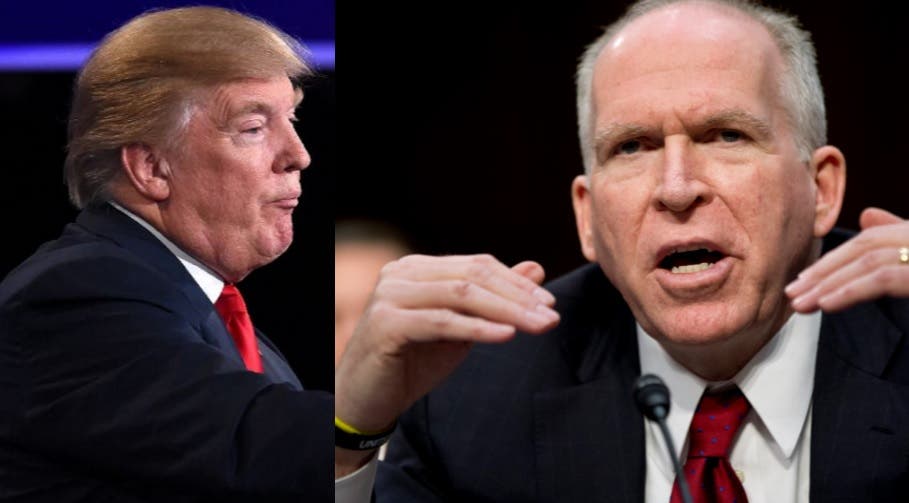 CBO: Trump’s Obamacare Repeal Will Spike Premiums By 50% In One Year

Our president-elect Donald Trump has been loudly criticizing our intelligence services and choosing to side with the Russian Federation over agencies who are charged with keeping our nation safe. Infuriated over the intelligence reports that indicate that Trump is being blackmailed by the Kremlin, possibly with videos showing Trump engaged in sexual acts with prostitutes, Trump has been lashing out like a wounded dog on his Twitter account, even having the nerve to compare our intelligence services to “Nazi Germany” and smearing their work as “fake news.”

Former CIA director John Brennan, who was specifically targeted by Trump for his criticism of Trump’s inability/refusal to fully recognize the severity of the threat that Vladimir Putin’s Russia presents to the United States and the world at large, fired back at Trump today in a powerful fashion.

Speaking to the Wall Street Journal, Brennan conceded that it is “the responsibility of the president of the United States to challenge the conclusions of the intelligence community” but then slammed our digitally deficient president elect for having the nerve to insult the men and women who gave their lives defending this nation:

“Tell the families of those 117 CIA officers who are forever memorialized on our wall of honor that their loved ones who gave their lives were akin to Nazis. Tell the CIA officers who are serving in harm’s way right now and their families who are worried about them that they are akin to Nazi Germany. I found that to be very repugnant. I will forever stand up for the integrity and patriotism of my officers who have done so much over the years to sacrifice for their fellow citizens.

If he doesn’t have confidence in the intelligence community, what signal does that send to our partners and allies, as well as our adversaries?”

Donald Trump has all but confirmed that he is following Moscow’s orders by his actions. He recently announced – entirely unprompted – that he thinks the North Atlantic Treaty Organization is “obsolete,” which was met with cheers in the Kremlin. He was ushered into office by Russian interference in the election and has filled his cabinet for Putinists and oil oligarchs who stand to make a fortune by repealing the Obama sanctions. Donald Trump’s treasonous behavior should disqualify him from the presidency once and for all – but it seems the cowards in the Republican Party would rather hand the nation to a compromised buffoon than pass up an opportunity to gut the social safety net and drag the United States back to the 1950s.