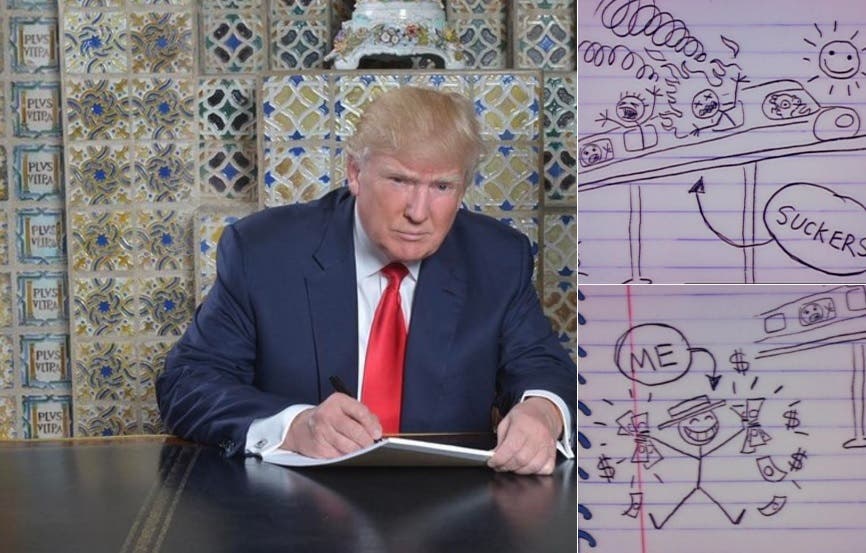 President-elect Donald Trump’s Instagram account sent out a photograph today of Trump holding a sharpie and supposedly “writing” his inauguration speech, with a feigned look of concentration drawn on his face.

The Twitterverse responded with hilarious mockery, as it tends to do. Here’s a collection of the best responses:

when dad asks you a question about his crossword puzzle and you ask if he tried googling it pic.twitter.com/ACyQsqgtav

This is going to be some inaugural address. pic.twitter.com/Im25yQjOGB

Donald Trump’s inauguration speech is sure to be a rabble-rousing doozy, recycling the tired themes from his campaign rallies and making outrageous promises he has no intention of keeping. It is also doubtful he’s actually writing it himself. Have a good laugh from these images and steel yourself for the horrors we’re going to face over the next four years.