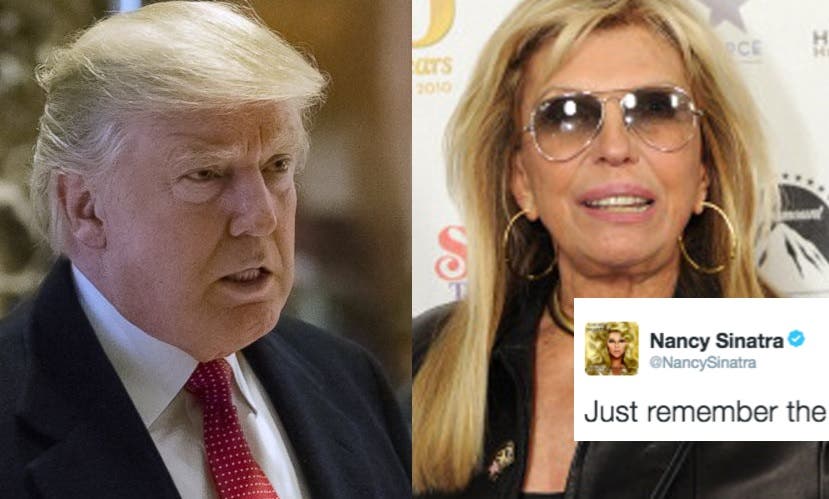 Nobody Wants To Work For Trump, So He’s Begging Obama Officials To Stay On

This morning Nancy Sinatra, daughter of singer Frank Sinatra, responded to rumors that at the presidential inauguration tomorrow Donald Trump and his wife Melania will dance to the classic Sinatra song ‘My Way.’ Her biting response maintained an aura of class while undermining Trump’s use of the song: The first line of the song is, “The end is near.”

And now, the end is near
And so I face the final curtain
My friend, I’ll say it clear
I’ll state my case, of which I’m certain
I’ve lived a life that’s full
I traveled each and every highway
And more, much more than this, I did it my way

How kind of Trump to admit the imminent destruction of America in the first line of his first song as president. For Brits, the irony is even greater. ‘My Way’ is the number one song used in funerals in the UK – fitting for the ceremony that could best be described as America’s funeral. The only way he could be less subtle would be if he played Chopin’s iconic funeral march.

Nancy Sinatra clearly stated that her father would not support Trump nor perform at the inauguration, but she is willing to hear her father’s beloved song at the Trump inauguration because she and her father’s fans know exactly what the subtext behind the song is. We will be laughing along with them.