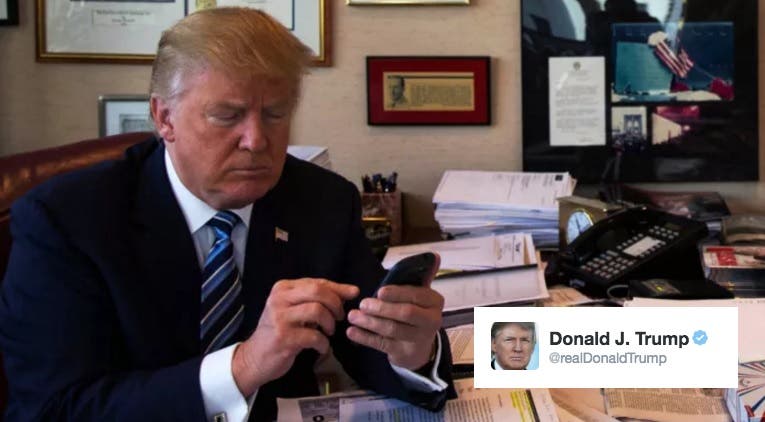 Trump Just Got Hit With His First Official Ethics Complaint

On the first day of his unwelcome presidency, Donald Trump proved all our exceedingly low expectations by misspelling his first tweet of the day. A few minutes later, Trump deleted it and tweeted out a correct version, trying to conceal his shame – but the Internet remembers: The misspelling truly highlights the insincerity in Trump’s words. While such errors do happen, it shows that Trump is writing them himself, not having his aides double-check the tweets or having them write them at all, like most leaders do. The hastily deleted misspelling indicates Trump’s lack of care and lack of foresight, how he hammers his thoughts into the phone on a whim and presses send with even the briefest of consideration, which is an ominous indicator of his leadership style. Knowing that Trump likes to provoke conflicts on Twitter, how long will it be before a misspelled and poorly conceived tweet triggers an international incident?

The President’s office is one of heavy weight and enormous responsibility; the lives and livelihoods of millions weigh on his shoulders and it would be reassuring to know we had a president who would bother to re-read a tweet before blasting it off to 20 million followers.

Also, you’d think he be able to type better with such tiny fingers.