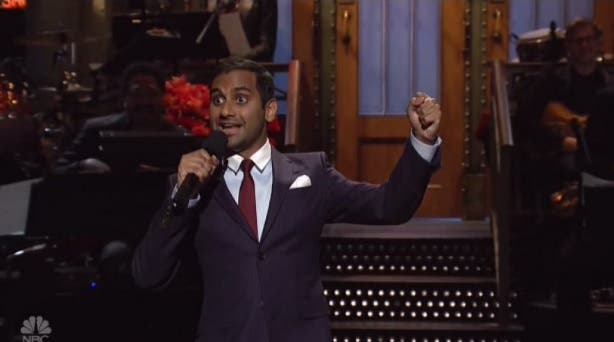 Comedian Aziz Ansari took the stage during tonight’s episode of Saturday Night Live to deliver a biting but powerful monologue as the first South Asian to ever host the show. He took solid aim at President Donald Trump, savaging racists, the KKK, and the Islamophobia that permeates every level of the Trump camp.

He finished his moving monologue with these inspiring words: “Change comes from large groups of angry people, and if day one [of Trump’s presidency] is any indication you are part of the largest group of angry people I’ve ever seen.”