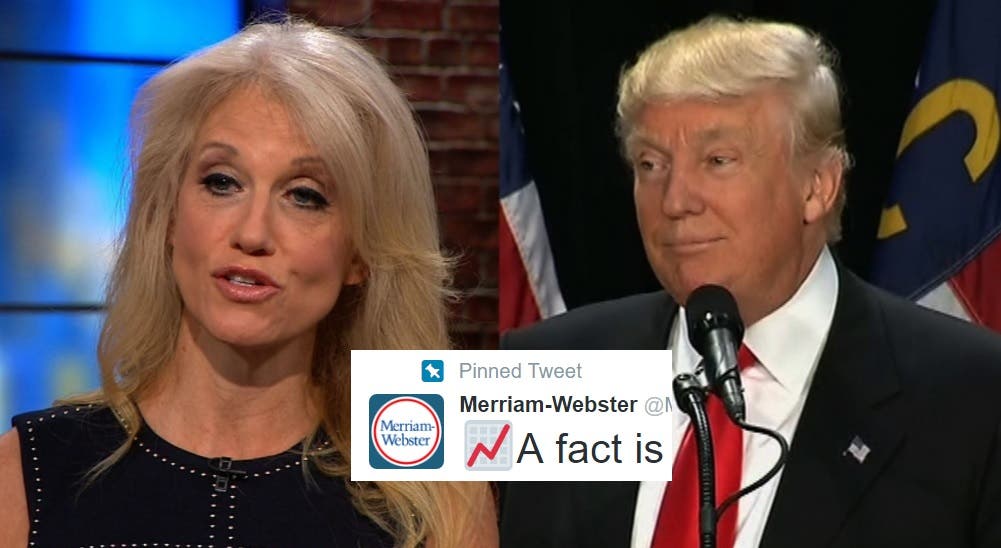 Donald Trump and his minions continue to push the boundaries of truth and fact, attempting to rewrite reality to suit their own perverse agenda. The new president’s senior counsel, Kellyanne Conway, shocked the nation today when she said that the president and his press secretary’s outright lies about the size of his inauguration crowds were simply “alternative facts.”

Which is of course utterly ridiculous, and an extremely disturbing foray into neo-Soviet totalitarian-dystopia style truth revisionism. The Merriam-Webster Dictionary, the shaper of words and caretaker of the English language, expertly trolled Trump, Conway, and Press Secretary Sean Spicer with this simple tweet: Merriam-Webster has made an art of trolling conservatives throughout the campaign: It’s vitally important that we resist Trump and his nascent authoritarianism at every level. It’s very promising to see institutions as varied as the Merriam-Webster dictionary to the Dallas Stars NHL team actively mocking and undermining the legitimacy of the Trump team’s attempts to rewrite the truth. We’re going to need help from every part of our society.