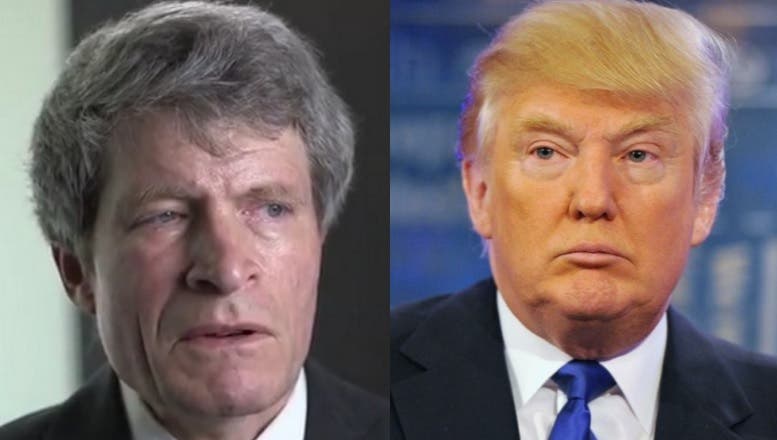 Donald Trump has accepted the oath of office to be President but has utterly refused to comply with the Constitutional requirements to cease accepting all forms of foreign government payments – which his hotels, his Trump Tower, and presumably other Trump businesses continue to accept. Former Bush White House Counsel Richard W. Painter is part of the all-star team of lawyers suing Trump to enforce the Constitution, and he went on Australian TV to deliver an ultimatum to Donald Trump; Comply, leave or face involuntary eviction from the White House:

“All of those ideas are antithetical to our Constitution and he is going to need to comply with the Constitution to be a good President, in order to remain as President.”

“We will remove a President who cannot comply with the Constitution.”

Richard Painter also told the Aussie news magazine that the Trump brand is a danger to national security, as it could make the buildings a terrorist target. It’s an entirely reasonable supposition considering that most attacks today happen at “soft targets” like public places where regular, innocent people live their lives, rather than against heavily fortified government buildings.

For example, Trump has a new tower in the increasingly authoritarian country of Turkey, which is a nation of great strategic importance for its proximity to the conflicts in the Middle East. Painter explains this creates a major conflict of interest between our security and private profit for the new President:

“There are complications that could come up with the President’s investments overseas in countries where there’s tensions and the United States has to resolve — for example a dispute between Russia and Turkey. We shouldn’t have a president invested in either Russia or Turkey. He should not have a dog in the hunt.”

The American form of government depends on patriots like Richard Painter who are able to stand up to the leader of their own political party and say: ‘this is wrong, you must comply or you will have to leave by choice or otherwise.’