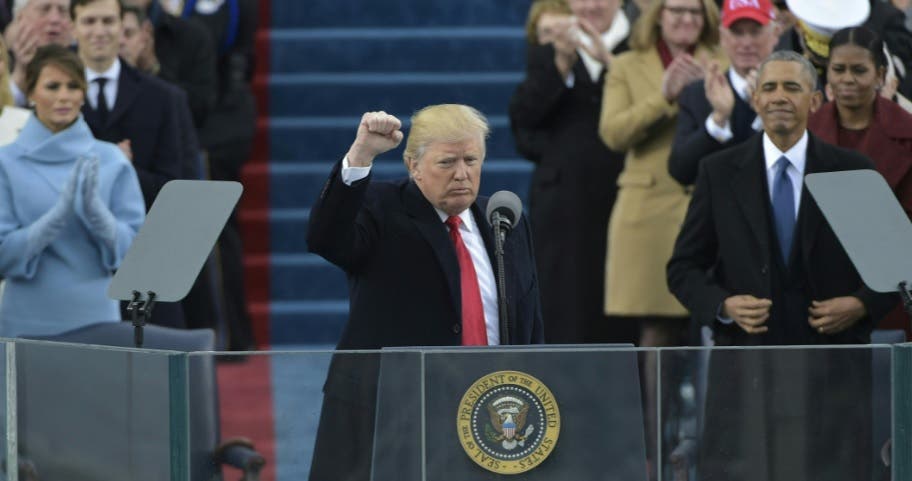 Alec Baldwin Just Made An SNL Announcement That Will Terrify Trump

If we needed more evidence that our nation is undergoing some kind of a surreal descent towards a neofascist dictatorship, this should do the trick.

Our President, Donald J. Trump, has just issued a proclamation declaring his own inauguration day to be a “National Day of Patriotic Devotion.”

The proclamation reads as follows:

A new national pride stirs the American soul and inspires the American heart. We are one people, united by a common destiny and a shared purpose. Freedom is the birthright of all Americans, and to preserve that freedom we must maintain faith in our sacred values and heritage.

Our Constitution is written on parchment, but it lives in the hearts of the American people.

There are no greater people than the American citizenry, and as long as we believe in ourselves, and our country, there is nothing we cannot accomplish.

NOW, THEREFORE, I, DONALD J. TRUMP, President of the United States of America, by virtue of the authority vested in me by the Constitution and the laws of the United States, do hereby proclaim January 20, 2017, as National Day of Patriotic Devotion, in order to strengthen our bonds to each other and to our country — and to renew the duties of Government to the people.

This proclamation was signed on his inauguration day, without irony, directly after Trump signed an executive order weakening the Affordable Care Act and revoking a tax credit for first-time home buyers.

It is unclear whether or not this holiday will be celebrated every January 20th.

Though the proclamation was signed on Friday, we are now getting the text for the first time. As many have joked, it sounds better in the original Russian/North Korean/German. Such statements of overcompensating nationalism are a hallmark of authoritarian states, and for him to declare this on a day which saw riots and protests against his inauguration across the country couldn’t be a more poignant contrast. This is the height of narcissism and a clear expression of how far Donald Trump is willing to go to rewrite reality and to boost his own image.