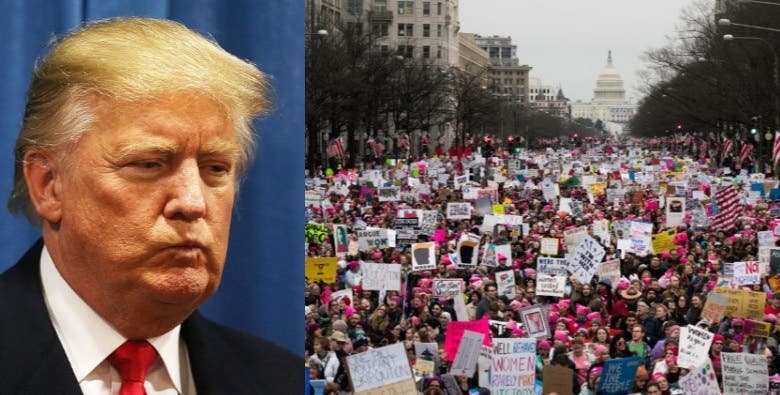 Full of momentum after a historic turnout for the women’s rights marches across the nation, which saw nearly 2 million people across the nation in the streets, anti-Trump elements are quickly planning their next big show of protest. Aiming to force Trump to release his tax returns, the next big anti-Trump rallies are being planned for April 15th.

Traditionally the day that taxes are due (since it falls on a Saturday this year, tax day is the 18th), the rallies are set to show the White House that, contrary to the remarks made by White House spokeswoman Kellyanne Conway, people do in fact care about his tax returns. Yesterday, Conway declared that Trump would not be releasing his taxes, breaking with long-established tradition and showing the administration’s utter disdain for ethics and public accountability.

Law professor Jennifer Taub is credited with the idea, which has been quickly gaining steam on social media.

While it’s not clear if formal preparations have begun, the idea is a very solid one. We must be constant and consistent in our resistance to Trump’s efforts to rewrite reality and get away with thumbing his nose at decades of established traditions. Without Trump’s tax returns, it’s impossible to know where his money lies – and what foreign nations have leverage that they can use to influence his foreign policy, which is a threat to our national security and is information the American people deserve to possess.