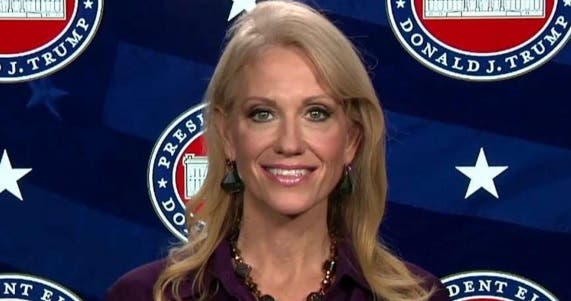 President Donald Trump’s Counselor to the President, Kellyanne Conway, has lied so much in her first three days on the job that top journalists and a few journalism professors are seriously positing a boycott against interviewing her in the future.

Jay Rosen, one of the foremost media critics and journalism professors on the planet, was interviewed on Recode Media’s Monday’s podcast and had plenty to say about Ms. Conway.

“I don’t think the people interviewing Kellyanne Conway know what they are doing,” Rosen told Recode. “The journalistic logic of it is growing dimmer with every interview. The logic is, this is a representative of the president. This is somebody who can speak for the Trump administration. But if we find that what Kellyanne Conway says is routinely or easily contradicted by Donald Trump, then that rationale disappears.”

Basically, even though she’s only been in office for three days, it’s clear that Ms. Conway has absolutely no clue what she is talking about. Let’s take a look back at some of her not-so-great interviews as counselor. During an interview with Meet the Press Sunday, Conway rebranded President Trump’s running lie about the size of his inauguration crowd as “alternative facts.”

“I frankly didn’t see the point. I mean, you have a day after he’s uplifting and unifying and you have folks here being on a diatribe where I think they could have requested a dialogue. Nobody called me and said, ‘Hey, could we have a dialogue?’”

Well, Kellyanne, maybe they wanted to spend time talking to people who actually know what facts are. Just guessin’. Apparently they aren’t the only ones. A whole host of journalists took to social media Monday in concurrence that Ms. Conway might not be worth talking to anymore.