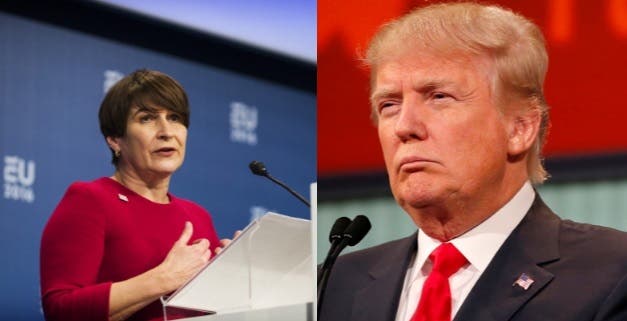 On his third day in office, President Donald Trump reinstated and expanded what is known as the ‘global gag rule.‘ Surrounded by a group of men in the Oval Office, Trump signed an executive order forbidding the federal government from donating aid to family planning or medical organizations that perform abortions or refer women to abortion providers. Federal funds have never been permitted to be used to fund abortions. Instead, the global gag rule is designed to censor NGOs that provide sexual healthcare and family planning assistance to women in developing countries.

Fortunately, the Netherlands wasted no time stepping up to fill the inhumane gap left by the Trump Administration. Dutch minister Lilianne Ploumen swiftly announced that the Netherlands will create a “well-financed fund” that will donate to family planning and sexual health NGOs that offer abortions or inform patients about the possibility of medical abortions. She pointed out that the global gag rule will not reduce abortion rates, it will only lead to “more irresponsible practices in back rooms and more maternal deaths.”

The Dutch-run fund will take donations from private donors, NGOs, and other governments, providing an organized and cohesive resistance to Trump’s reimposition of the global gag rule. The positive response has been tremendous. Ploumen says that “many, many citizens” have already asked how they can privately donate. Ploumen affirms, “In the Netherlands, I would suggest that there is firm support for the rights of women and girls – and there is a lot of support of promoting, but also protecting those rights.”

The organizations that are targeted by the global gag rule provide desperately needed services to poor women and men. In countries with exploding populations, contraception allows men and women to decide how many children they want to have. Women are empowered by contraception; without a constant stream of children and the demands placed on them to be primary caregivers, they are better able to continue their education or pursue a career. Screening services for STIs, education, and condom distribution provided by NGOs has helped quell sub-Saharan Africa’s devastating HIV/AIDS epidemic.

Despite providing all of these vital services, many of these organizations will lose funding. Adequate family planning advice cannot be given without letting women know that opportunities for safe, medical abortions exist. Impoverished women around the globe resort to dangerous at-home or back room abortions that usually involve self-poisoning or inserting objects into their uterus. Such procedures can result in horrific pelvic infections, severe and lasting damage from consuming toxic substances, infertility, and death. These at-home abortions are sought after by desperate women who are willing to take a tremendous risk because they cannot afford to carry their pregnancy to term. Silencing NGOs that tell these desperate women that they have a better alternative will do nothing to stem abortions. In lieu of safe abortions, dangerous abortions will persist.

These at-home abortions are sought after by desperate women who are willing to take a tremendous risk because they cannot afford to carry their pregnancy to term. Silencing NGOs that tell these desperate women that they have a better alternative will do nothing to stem abortions. In lieu of safe abortions, dangerous abortions will persist.